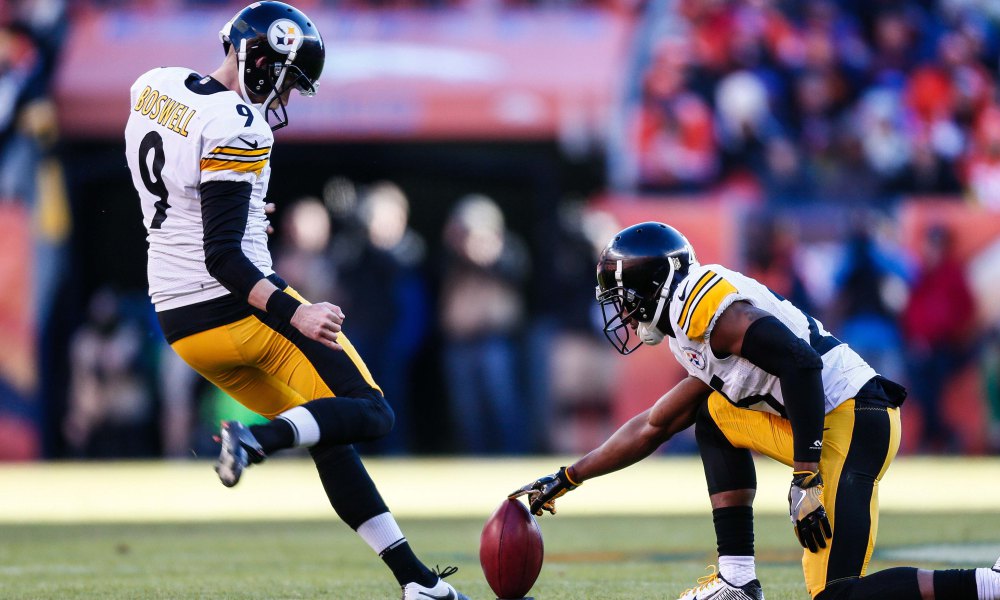 A rough night last night, although we only ended 3 points or so down due to the Chris Hogan anytime TD at 16/5. A few tough beats for me personally though as I had Sanu o50.5 yards, he finished on 50 after having his final catch overturned (rightly) Ajayi rush attmempts – o15.5 – He finished on 15 after being left of entire drives and Corey Clement having the final rush of the game. I also had a chat with someone who would have been taking Lewis o62.5 rush yards, I was pretty sure he’d go over that. He finished on 62. It was one of those nights for me!

Tonight probably isn’t going to be much easier, there’s not a huge amount I’m confident in, the Jags D is a worry for anything on the Steelers side of the ball and the Vikings defence is good enough for me to have second thoughts on a lot of the Saints scorers.

I’d imagine there will be a lot of talk this week of the regular season game between the two and I would LOVE a repeat of that farce from Big Ben and the rest of the “killer Bs” but I don’t see it happening. The Jaguars had 5 interceptions on Big Ben which led to him saying “Maybe I don’t have it anymore” – Something that was jumped on massively by the media as a whole, when he was just saying what they wanted to hear so he could get the hell out of there. I can’t see anything but a fairly comfortable win for the Steelers in this one, they’re fully fit after a bye week, Antonio Brown will be back and the battle of fellow all pro CB Jalen Ramsey vs him will be brilliant to watch, he did have 10 receptions earlier in the year so didn’t find it too much effort! As much as I dislike the Steelers I am realistic enough to see that Brown is the best in the league. One thing that I want to mention as I’ve not really heard it this week is the Mike Mitchell revenge attack after Fournette called him into a hit in their first game, despite the fact that he took Fournette out, I think he’ll want to kill him the first time he gets a chance. If I could back a Helmet to helmet hit, then I would (Yes, I’m a Bengals fan. We have Burfict who’s no angel either, I know dirty players and Mitchell is one of them) Big Ben has his yards set at 270.5 seems a little high against this defence despite how well he has been playing for the last month of the season. This has pissed me off, I was writing it up, at 10am, and they went from 15.5 to 22.5 as I was looking at it. How did they know I was looking at that bet?!

As you can see, he’s a talented and multi-faceted man.

They have a few pass catchers who can put up good games, Dede Westbrook had 9 targets (1 catch because Bortles can’t throw) he, and Keelan Cole are quick and can get free down the field on occasion, Cole had 8 targets catching 4 of them, Marqise Lee and Allen Hurns were back last week, but neither recorded a catch. in Fournette was on fire in that first game but he’s been running against stacked boxes and unable to get anything going in the last month or so meaning it’s been down to Blake Bortles and he’s just not consistent enough to move the team, he finished with more rushing yards than passing yards in last weeks dire affair against the Bills. There’s actually a big middle on Hurns if you fancy it, he’s 19.5 on PP and 33.5 on skybet. I think he’ll probably go under both of them to be honest, but it’s a big disparity. The same with Lee, his yards are at 46.5 yards, lean to the under there as well.

I can’t see past the Steelers, that loss in the first game actually probably helps them, they’re an arrogant team with a coach who thinks he’s better than he is, they would have probably over-looked this game had they not played them already this season, they’ll know now to do that again. I think they’ll cover the spread – STEELERS

All the money in this one has been on the Vikings, they’re out to 5 point favourites now and that number is going up all the time, I’m happy to wait until nearer kick-off and seeing if I can get 5.5 or even 6 points for the Saints. The Vikings are 12-4 at home since moving to their new stadium so they have the history and a win for them here would set up a championship match of Case Keenum and Nick Foles. We all want that right?! – I do think whoever wins this will make it to the Superbowl, the Eagles didn’t convince me last night.

I love watching the Saints, they’re a great team on both sides of the ball, if you stop Kamara and Ingram as the Panthers did then, oh no, they’ll just have to rely on Drew Brees, one of the top 3 QBs over the last 10 years. The connection between him and Michael Thomas has been brilliant since Thomas came into the league last season. He has the record for most receptions in the first 2 years of a career and they’re not Jarvis Landry receptions either, he has some actual yardage with it too! Another good battle will be on show here with him vs Xavier Rhodes. If Rhodes covers Thomas as I expect then it could open things up for Ted Ginn, he had a huge game last week, got on the scoreboard and put up over 100 yards. His yards are set at 42.5 on PP, that’s tempting, he’s also 11/4 on Unibet but he’s a little hit and miss so it makes it a tough call. They don’t utilise the tight end a whole lot, but Josh Hill scored last week, he’s a no bet on anything this week. But lets be fair they’ll do all they can to get Ingram and Kamara going, Kamara is actually second in the team in receiving yards and that’s the market I usually lean towards on skybet, he’s set at 49.5 on there, if we write off last week where he only had 1 for 10 after the Panthers erased him, he’s beaten that line in 5 of the last 7 regular season games. Ingram has quite a low line on rush yards, but he is up against one of the best run stuffing teams so it will be a risk going o59.5 (365)

The Saints defence isn’t bad either, Lattimore allowed just 19 yards in coverage last week, the 6th time this season he’s allowed less than 20 yards. Adam Thielen will give him a good test though, he’s had a pro-bowl calibre season and at one point was one of two guys with 4 or more receptions in every game, if he’s held by Lattimore (literally, Lattimore gets away with a lot of holds) then it could be a game for Stefon Diggs. He’s a good receiver but I find it difficult to get him on a good day so personally I’ll stay away from him, his yards are around the 60 mark, I would probably lean under, but he’s so quick he can make that on 1 play so it’s a dodgy one to take, he did go for 94 in the opening game of the season against a very different Saints team. I still probably don’t give the Vikings enough respect, they’re 2 wins away from being the first team to have a home Superbowl and if they make it, who’s to say they won’t win it. The partnership of Murray and McKinnon isn’t as explosive as Kamara and Ingram but it’s been effective this year and Murray is a good shout for an anytime score (evens @ Ladbrokes) or two (13/2 @ PP) and McKinnon does a lot of his work catching out of the backfield, I fancy him to beat his line of 22.5 receiving yards on Skybet (it’s 33.5 on PP)

I don’t know whether it’s just because I want it to happen or not, I think i’ll probably lean to the Unders as they’ve both got great defences, Drew Brees is brilliant in domes, so, the SAINTS.

Two tough games with a lot of options, there must be winning bets somewhere, but knowing the way it’s been this weekend I’ll probably be just off on everything I do!

Good Luck, and enjoy the games, should be some cracking matches!