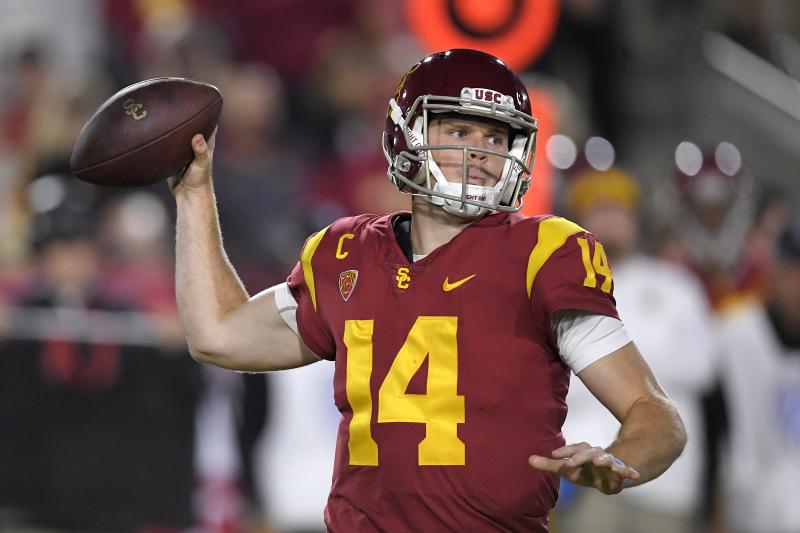 Will have bets through the off season and the season itself, check out some of the previews from last year for an idea of what I do each week. And follow me on twitter @TouchdownTips if you don’t already!

Having trawled pretty much all of the UK betting sites looking for any kind of value, I think I’ve got a few.

The good news is that I’ve got Friday off work! The bad news is that I have a funeral to attend which is a 3 and a half hour drive for me and starts at 11am, meaning a probable 6am start to avoid traffic, so the odds of me getting up for the draft aren’t very enticing. But I’ll obviously catch up on it all at around 530 Friday morning.

I was pondering a big lump on o1.5 RBs at 1/2 (Skybet, 365) – You can actually get 8/15 on Betstars, but I’m not with them! I’m pretty sure that Guice will be taken in the first round, however I’m not willing to chuck 20 points on as I was pondering at one point! I have requested o2.5 taken with Ladbrokes and Skybet, but with no reply as of yet, however, I did find Sony Michel to be taken in the first round at 4/1 and that’s pretty much what I was looking at anyway, I was hoping for bigger, so I’ll be giving that a miss. – And as I speak, Ladbrokes have priced it at 4/1. I’ll give it a miss. I will say that Steve Fezzik thought the over 1.5 was a cracking bet at worse odds than this.

I do now think we’ll get a Tight end taken in the first round, either by the Ravens or the Saints, so i’ll get something on o0.5 tight ends at 8/11 (Skybet). It’s a best of 4/6 elsewhere

I don’t think that Lamar Jackson will get past the Cardinals at 15, but you get can scrap that, you can still get 6/5 on Lamar Jackson 1-20 (Skybet) – I’m actually on at 7/4 from a week or two ago, which gives a little more lee-way, I also think there’s a chance a team will move up to take him should the “big 4” go before the end of the top 10, so I think that’s probably a go.

The wide receiver DJ Moore seems to have been getting a little more hype in recent weeks and I’ve seen him mocked in the first round a couple of times, there is a 6/5 available at Ladbrokes for him to go first round. I’m not confident enough to take it, but if you like him, that’s there. The Cardinals, possibly Ravens, and definitely the Cowboys are in need of a WR, also the Packers quite possibly? So there could be a few who go, despite the fact that it’s not the strongest class.

Ah sod it, you know what, I like the look of Rashaad Penny, I very much doubt this will happen, but at the odds, I’ll take a little on First RB without Saquon Barkley – Rashaad Penny – 33/1 (Betway)

I’ll keep an eye on the RaBs during the week and see if anything else takes my fancy, will also keep an ear out on the pods that I listen to, to see whether there’s anything that jumps out.