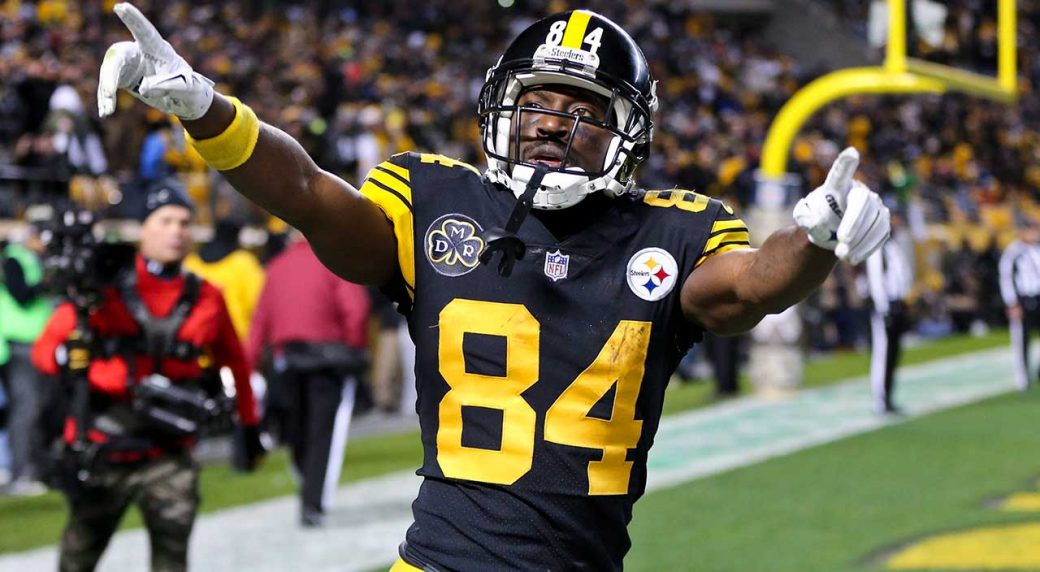 It’s that time of year again where I dig into the divisions one by one and probably get them all totally wrong, looking back on last year before doing this probably wasn’t the best idea. It did not go well on most counts!

But hell, lets do this.

I usually start with the AFC North because it’s the one I feel I know the most about being a Bengals fan. It’s a very interesting division this year which has generally been written off by most. But the Browns, Ravens and Bengals have all had good off-seasons so I’m intrigued to see how it all goes.

The Steelers are the best team in the division. They’ve got a top half QB, a top 2 RB, a top 1 WR, a top 5 Offensive line, and if he keeps up last years form, probably one of the best WR2s in the game as well. So what’s going to stop them winning the league again this year? In all honesty, probably not much, they should win it again. Big Ben is another year older and has another year experience of being an arsehole which he uses well, he still has some weird home/away splits which make him tough to own in fantasy but he’s still got the game. It helps having the best route runner of his time to throw to. Antonio Brown really is a phenom, he finished top 5 in receiving yards for the last 5 years, and there’s no reason he won’t again this year. That’s despite doing very little in 2 games vs the Bengals and facing the Ravens twice who have one of the better defenses in the league. Opposite him Juju Smith-Schuster is in line for a very good sophomore year after he lit up the league in his debut season last year, I for one, can’t wait for his witty celebrations each week. He’s a wonderful man. They picked up James Washington who seems to be exciting people as third choice in the passing game. Apparently they’re the kings of picking WRs in drafts and he’s got all the physical ability to do well there. LeVeon Bell at RB is still one of the best in the league at his position he would be a WR2 in most teams, but once again he’s missing training camp and will be starting the season fairly cold. It’s also likely to be his last season with the team as they franchised tagged him again. They’ll want to run him into the ground so it will be interesting to see how that goes for them. On defense they’re still struggling to replace Ryan Shazier, he was the captain back there, the man who organised everything, so not an easy guy to replace. That’s definitely an area of weakness for them.

The Ravens had one of the worst pass catching corps in the league last year, yet somehow still had a pretty good season and scored pretty well somehow finishing 9th in total points last season. A pretty remarkable feat, that was mainly due to having one of the better defenses in the league giving them good field position and breakout Alex Collins at running back. He should keep that job this year although there’s a constant undertone of Kenneth Dixon maybe getting back in and Javorius Allen sniping TDs in 10-zone areas, the running game should again be strong, and possibly stronger with the return of Marshall Yanda, one of the best guards in the game. The passing corps received a lot of attention over the summer, Michael Crabtree adds a redzone presence, John “smoky” Brown, who has been getting rave reviews all camp adds a downfield threat, add to those guys a pair of rookie tight ends and suddenly there might be someone to throw the ball to there. Whether Joe Flacco can do that or not is a different question, but Lamar Jackson being drafted at the end of the first round has added pressure on him and he’s responded by performing well over the summer, even RGIII has looked good in pre-season as QB. All in all, I think they’ve improved nicely in the offseason.

Ok. I’m a fan of this bunch. I feel I can, in general, write fairly neutrally about them. But one thing that’s boggling me a little so far is the complete lack of any kind of positivity towards this team. Were they good last year? Not at all, they took until week 3 to score a fucking Touchdown and were dreadful to watch. But that was mainly due to the offensive line which I think they knew would stink. It’s an area they’ve tried to address over the summer trading for giant Cordy Glenn and drafting a new center in Billy Price. If Dalton gets time to throw he’s a good enough QB and people opening up gaps for Joe Mixon should help elevate him to a top 10 RB in the league, the kid is young, but crazy talented as shown by his TD in week 1 of pre-season last week, if he doesn’t do it then Gio Bernard is also pretty damn good and in a contract year. In the passing game it seems the John Ross is finally allowed to take part and I’m stupidly excited at what I’ve seen of him so far, not just his pace, his quickness, the way he changes direction to create space for himself is great and he should open up space for AJ Green (perennial 1,000 yard WR) Tyler Boyd, a rising slot receiver and, for 1 game at least, Tyler Eifert, who looks like he may be fit?! If not Tyler Kroft is a valuable redzone threat for the team, he scored 8 TDs last year. On defense they’ve got talent throughout as well, William Jackson (WJ3) is in line to jump into the upper echelon of CBs, he didn’t allow a catch against Antonio Brown last season and was one of PFFs highest rated corners. Carl Lawson had 8.5 sacks as a rookie and looks to increase his workload outside of pro-bowler Geno Atkins. may struggle a little at LB without Burfict, but the guys there aren’t doing too badly in camp either.

As always the Browns are such a tough one to call. Once again they’ve had a good summer, they took Baker Mayfield at #1, he’s the QB of the future, but for week 1 and probably half the season at least, Tyrod Taylor looks set to start, he’s a mid-range QB who is very secure with the ball. That security in itself will win them games, their turnover differential last year was a ridiculous -28, whereas Tyrod threw just 4 INTs all season. I would put my house on them winning more this season than in their previous 32 games (I know, it’s a bold take…) They signed Carlos Hyde in free agency then draft Nick Chubb and signed Duke Johnson to a nice contract, so they’ve got options in the run game, although the loss of Joe Thomas could be an issue at left tackle. The passing game has been widely touted as “one of the best in the league.” I don’t see it myself, Landry is good, and to be honest I think he could play outside if needed, but they’ll probably use him in the slot as he did in Miami so successfully. Outside of him SHOULD be Josh Gordon, I believe him when he says he needed time away for sort things out, I think he is just trying to avoid the hard knocks cameras. They are apparently in the market for Dez Bryant, I’m not fond of that move, I don’t rate Dez. Antonio Callaway has a lot of talent, but he’s a bit of a dick, he was suspended for the year in college and has already had issues in the pro-game so who knows what’s going to happen there. David Njoku is a guy who could have a big breakout year, he’s a physical freak and seems to have been targeted a lot by both QBs. He’s a guy to look out for and a name I plan to keep an eye on when the season starts. On defence… they’re probably adequate although the coaching last year really didn’t help them.

Honestly. I have no idea.

The Steelers should win it, but you can’t back them at 1.52 (Redzone) I have them down for 10 wins. I think they’ll do what they normally do, win most, lose some they shouldn’t lose, lose against the Pats, lose home-field advantage then lose in Foxborough.

Second place is a little tougher, but I’ve got Baltimore on 10 wins as well. They’ve got a solid defense and have improved a lot on offense. For the record I don’t think they’ll reach 10 wins but going through the fixtures that’s how it ended up.

I have either been to optimistic or pessimistic as a fan of the Bengals and got them on 9 wins, given the fact I’ve got them winning the final game of the season against the Steelers I’m leaning towards optimistic. BUT. I do honestly think they’ll be good this year.

I can’t have the Browns to finish anywhere other than bottom, but I’ve got them on 5 wins. Which is a big improvement on last year, but Hue just doesn’t inspire confidence, and I actually quite like him!

Sign up here for 50% bonus on your deposit on Redzonesports