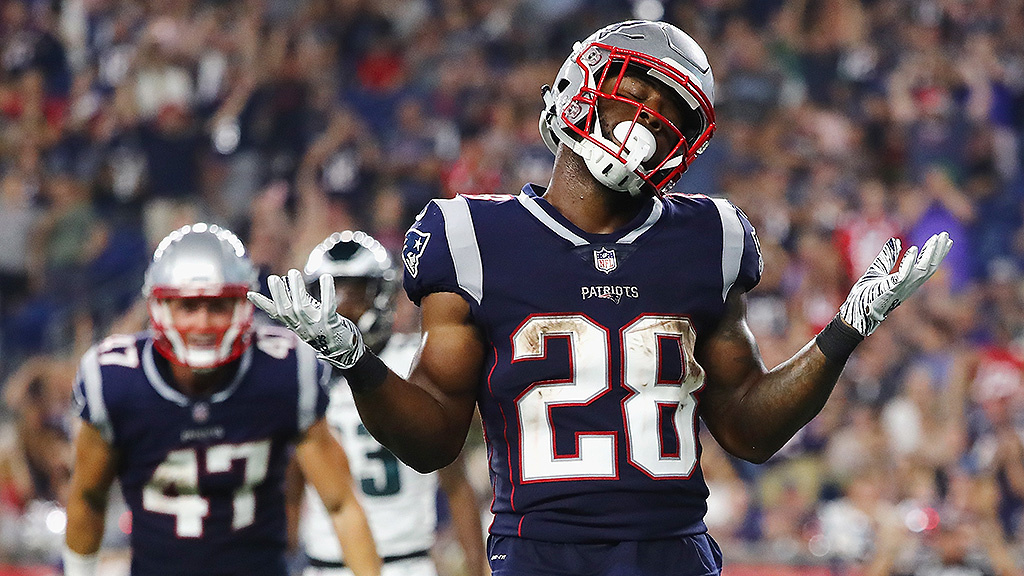 Where I’ve listed the yardages I’ve given the lowest and highest available from Paddypower, Bet365, Skybet, William Hill and Redzone. I’m sure other books have player props but these are the ones I use most commonly and it takes a while to manually go through these 5 let alone trying to check the others as well!

The talk all week has been about how cold this game is going to be, the early reports had it as the coldest game in playoff history, it’s looking like it won’t be quite as frigid as that now but around 20 Fahrenheit isn’t exactly warm, but it’s not terribly cold either so shouldn’t affect things either way. The Total line opened at 59 but the weather worries dropped it to 54ish before it started getting bet back up again.

The regular season game in Foxborough resulted in a 43-40 win to the Patriots. It was a crazy game, Mahomes bringing his team back from a 24-9 half time score, to take the lead only for Gostkowski to hit the winner as the time ran out at the end of the game. That one hit the spread, off the top of my head it was Pats -3, but obviously that was at home where the Pats were undefeated this year. Their road record has been decidedly dodgy this year though, 3-5 on the road. And their road playoff record isn’t great either. They are 3-4 in the Brady/Belichick era, and haven’t won a road playoff game since 2007, admittedly they haven’t played many in that span. They’ve actually only played at Arrowhead 4 times in this era, losing 3 of the 4.

The Patriots made their 8th consecutive AFC Championship game dismantling the Chargers last week, and Brady was instrumental in that, he goes up against someone this weekend who is young enough to be his son, but that won’t phase him. He and Belichick have made 12 championship games in total, their record is 8-4 in those games.

In this time of mobile QBs Brady is still playing at a high level thanks to his nous and knowledge of the game, he’s an expert at reading defenses at the line of scrimmage, making little alterations and his movement in the pocket is second to none. While he will never make the kind of throws that younger QBs are able to make and is arguably the greatest system QB ever, he brings much more to the team than other QBs could. He may do a lot of handing the ball off this week in this cold, but the Patriots do well in the freezing January temperatures.

The passing game revolved around the playoff regulars last week, James White as mentioned 15 for 97, and Julian Edelman (11/8 Skybet) once again stepped up with 151 from 9 receptions in the middle of the field. He just seems to find himself open all the time, and when he’s not if he’s in the mood he was last week you won’t see a cornerback getting the ball before him! Other than those two it’s a little sparse in all fairness since Josh Gordon went out, Chris Hogan (3/1 Sky) plays most snaps but doesn’t get targeted much and when he does seems to be over-thrown all the time, Philip Dorsett (15/4 Fred) actually seems to play a decent role in the passing game now, and you’ve got the firecracker in Cordarelle Patterson (6/1 365/WH )who was under-utilised last week, he could well be used more this week and I wouldn’t be surprised to see the Pats ripping off a Chiefs play designed for Tyreek with C Patt. And then, of course you’ve got Gronk (3/1 Sky). He was a beast in the blocking game last week but only had 1 target, and 1 reception. Does he still have anything to offer there? Were they purposely trying to lure us all into believing he’s done? Or is he actually done? Anyone else I’d say he’s dead, but it’s Belichick. So god knows. Yards – Edelman 76.5 (RZ) – 82.5 (PP), Hogan 26.5 (RZ) – 30.5 (WH), Dorsett 29.5 (most) – 33.5 (PP), Patterson 13.5 (RZ) Gronk 42.5 (365) – 48.5 (Sky/PP)

Their defense isn’t stellar but is one of the better units in the league. There’s no real standout stars, but Gilmore is a very good CB, and Trey Flowers had himself a day last week causing Phil Rivers constant hassle. They really got a lot of pressure on him.

The Chiefs finished the season as the highest scoring team, they had the most total yards per game, averaging 4th best 32.2 at home, (the Patriots average 21.3 on the road). The Chiefs dealt easily with the Colts last week, scoring at ease and restricting them throughout the first 20 mins of the game. They have in fact done that a lot this season, scoring around 100 points MORE than their opposition in the first 15 mins of games this year.

Patrick SHOWTIME (Thank god that didn’t take off) Mahomes is a wizard. For me he’s been the best player in the league to watch, his arm angles, the no look passes, and passes on the run, the left handers, all great fun to watch. His ability to see that a defender his hands up, and to then adjust his passing motion to play around it is great, and as you probably heard on the broadcast last week, using the inflection of his voice to get the defense to jump offside is something that young QBs don’t usually master so quickly. It could be worth noting that the 5 worst games of his career have come in the coldest games he’s played in, but they’re still above the usual average!

I originally thought that it could be a more run-heavy game-script this week, but if the weather is now around 23f then I doubt it will change their styles at all, regardless of that Damien Williams (8/13 Sky/Lads) has stepped up well 129 on the ground last week, and adding 25 through the air from 5 receptions and the Pats have struggled against Kareem Hunt when he has played for the Chiefs. I don’t think he’s talented as KHunt but I do think he fits well in this offense. If they don’t use him and want more of a smasher then Darrel Williams (7/1 Sky) got a few carries last week and didn’t look awful. There is the slight worry that Spencer Ware finally returns to the team and they try and get him into the play. I would expect him to be more of a pass catching back should that happen, but it puts me off any kind of player prop on Williams until his status is known. They also find ways of getting Tyreek Hill the ball including a lot of backfield motion, end arounds and such to confuse the defense and get him getting to the line of scrimmage with a head of steam. Yards: Damien – 63.5 (PP) – 70.5 (RZ) Rec. yards – 30.5 (RZ) – 31.5 (365/Sky): Darrel – 14.5 rush yards (PP) – Redzone are the only place with Spencer Ware priced up, 23.5 on the ground, 10.5 receiving for him.

The defense is er… it has varied success. It’s actually very good at home, not allowing 30 points to an opposing team in 67 games. It relies on Chris Jones, Dee Ford and Justin Houston getting pressure on opposing QBs though which could well be the key to this game. The secondary isn’t great, but Eric Berry looks like he’s good to go and he’s a key part of their defense.

This should be a brilliant game and one I hope that I’ll be able to make it through despite the 2305 start time!

I’ve got to take the Chiefs at home, history suggests that the home teams win these games and the Patriots road record this season supports that as well.

CHIEFS, and to cover, nothing on the total, it should be high scoring, the weather doesn’t actually affect scoring too much if it’s around 20f as predicted, but there’s always the worry the Pats run and run and run to keep Mahomes off the field and slow the game down.

Little explanation on the double there, Hills still have Keith Kirkwood priced up shorter than Smith, Kirkwood is going to miss the game, they’re also without Ben Watson who’s another endzone threat. It leaves the WR corp thinner than before, and I think 9/2 as the single on Smith is well priced (a low of 15/8 at PP). Burkhead is 9/2 over there as well and while he won’t get a lot of the workload he’s pretty productive when he gets the ball and 9/2 again is a much better price than elsewhere (9/4 at Skybet for example). So I’ll have a go on the double on them two.

Well. On to the Superbowl in a fortnight!

I’ve got a couple of plans, there will be a competition, basically a spreadsheet with various markets, you pick o/u or who will score/have the longest reception etc… best score wins a custom print from one of the Gridiron Gents (pictures and more details to follow)

Every year I look into the Stupid prop markets available for the Superbowl and get them posted (Last years) I’ll get that posted before the big game, and obviously a pretty in-depth look at the two teams who make the Superbowl itself!

No draftkings for me this week but I’m in the Kickers Matter league if anyone fancies joining – https://www.draftkings.co.uk/draft/contest/68140022 – 8/20 in there at the moment