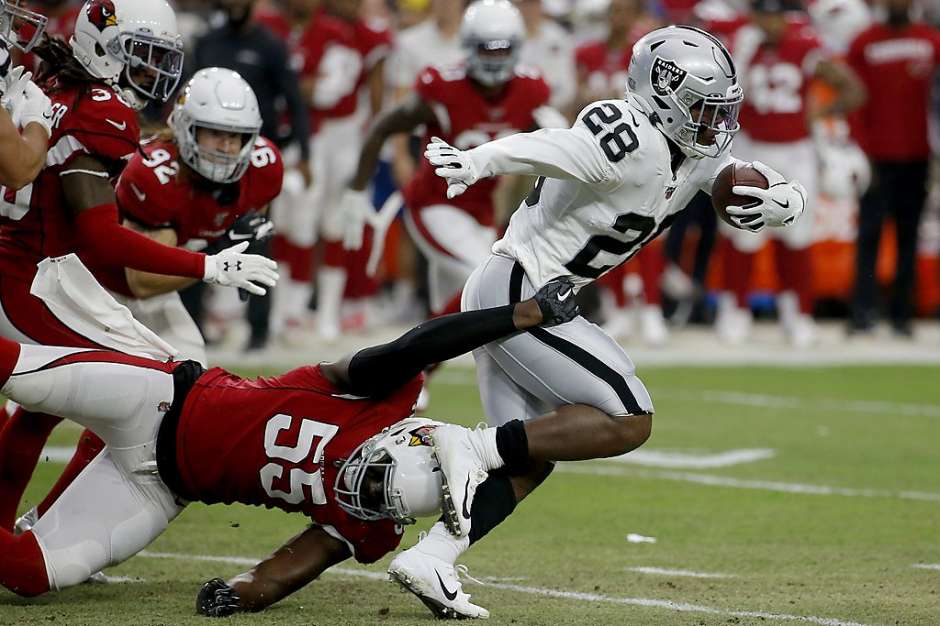 What a way to open the season! 8 of 13 winning bets for around 27 points profit! You can view the spreadsheet here – Bets spreadsheet – as one of the main things I try to enforce on myself is transparency and keeping results of everything I recommend on here is important.

Remember to bookmark and check The Prop Sheet if you’re looking to bet on any player props at all, Glenn works his balls off to provide a comparison sheet to make life far easier for us! @Gscurftrader on twitter for him.

Anyways, on to tonight. There won’t be as long as the TNF post as frankly I haven’t got the time to get through it all, but I’ll see how they go.

The first weekend of the season sees a Monday night double-header which is good if you’re a fan of the Saints of Texans as it’s an hour or so earlier than usual. Sucks if you’re unfortunate to support the Raiders or Broncos though as it’s a 320am kick off in the UK for that one.

After seeing their division rivals lose their Quarterback to retirement after not giving him any protection the Texans finally made some investments on the offensive line by paying a fair bit for Laremy Tunsil from the Dolphons to give their star man a little more time in the pocket and hopefully stop him taking a league-leading 62 sacks again this year. Deshaun Watson still had a great year and is looking like he will be one of the future stars in this league if he’s not already at that point. He’s great to watch, pretty accurate and good with his legs, especially around the goal-line.

It helps him that he’s got probably the best WR in the league to throw to at the moment, DeAndre ‘Nuk’ Hopkins didn’t drop a pass last year. Not one, and he’ll be hoping to carry that on this season. It’s not the easiest matchup for him tonight, I assume he’s against Marshon Lattimore who didn’t have the best of times last season but was great in his rookie year. Will Fuller is back for a game or two before he gets injured again and his record when playing with Watson is remarkable; 4 from 7 games last year, 7 from 10 in 2017. He’s a burner and despite injuries seems to have kept his speed pretty well. In the slot they’ll be hoping Keke Coutee is good to go, he’s had some huge games for the Texans as well although mainly against the Colts; If Coutee misses out then DeAndre Carter will be in the slot after a decent pre-season. They brought in Kenny Stills as well in that Tunsil trade, I’m unsure if he’ll be active tonight, I’d assume not. Fancy the Texans tight end to score? It’s Logan Paulsen and he’s priced at 20/1+ in most places.

They’re a bit of a mystery at running back. They brought in Duke Johnson from the Browns (who hilariously lost yesterday) for a decent amount to play alongside Lamar Miller, he promptly did his ACL so they brought in Carlos Hyde to be the main runner, and I’d assume keep DJJ mainly as the pass catching back. Essentially I have no idea what the running game is going to look like. Duke has a line of 6.5 rush attempts at 365, 35.5 rushing yards, and 31.5 receiving yards. Immediate reaction was over on rush attempts, and on rec. yards. But honestly I think I’ll probably give it a miss as I have no idea how it’s going to go.

They’re a bit of a muddle on defense as well, JJ Watt is still there and still destroying offensive lines, but other than that there’s no real star power after Clowney left. Honestly, again I’m a little lost here. Sorry.

The Saints are one of the favourites from the NFC for the Superbowl, and it’s easy to see why they’ve been consistent, have a good head coach and one of the best rosters in the league.

Drew Brees was favourite for the MVP last year before Mahomes blew him out of the water and he tailed off a little towards the end of the season; He finished with the best completion percentage in NFL, mainly because Michael Thomas didn’t drop anything, but also due to him taking higher percentage passes. Whether that’s because his arm is weakening now he’s turned 40, or just how the games played out, I’m not sure.

Michael Thomas became a $100m man in the summer signing when signing his new deal and it was fully deserved as he finished a league leading 125 receptions from 147 targets, he’s great to watch and turns up in pretty much every game he plays. There’s not an awful lot behind him in fairness; TreQuan Smith will need to step up this year after showing sparks last year, Ted Ginn is still there and operating well as a downfield threat, Keith Kirkwood sounds like he runs a toy train collectors club, and Austin Carr catches the occasional pass. The second pass catcher in this offense will probably be Alvin Kamara, but they brought in Jared Cook from the Raiders who had over 100 targets himself last year and has had some good seasons in the past. He should appreciate the improvement from Derek Carr to Drew Brees.

Alvin Kamara is so much fun to watch, if he gets to the edge he’s practically impossible to stop, he’s got pace and strength, capable on the ground and through the air, he’s a great player. They shipped out Mark Ingram and replaced him with Latavius Murray. I believe he’ll play the same role as the basher alongside Kamara. Ingram last year had double digit carries in all games that they won. Single digits in games they lost, so if you think they win tonight, then o7.5 rush attempts on Bet365 is probably a decent bet.

Taysom Hill deserves his own segment. Officially he’s a QB but they use him EVERYWHERE. Kick returns, rushing, catching, passing. Weird shit happens when he’s on the field. 8/1 on him although he’s only got 2 rushing TDs in his short career

They’ve got a great pass rush and a good secondary so they’re fairly solid on defense as well.

It may be worth noting that the Saints start seasons slowly. In the last 5 years they’re 1-9 ATS and Straight up in the opening 2 weeks, including an 88 point thriller against the Buccs last year. Will that affect this year? Well they had Sean Payton for all of them, so maybe. Realistically the Saints should win, but they should have won most of these openers so I’m staying away.

You may have noticed I’m struggling a little on this one, I don’t have that good a read on either team.

This one won’t be as long-winded. I promise.

Joe Flacco is the Quarterback, is that a good thing? Probably not but he’s won a Superbowl in the past and if he’s fully fit after a few injuries the last season then he’s still got an arm on him capable of making completions.

Emmanuel Sanders looks like he’s back fully healthy from the Achilles injury that rules him out for most of last season, he started on fire last year so they’ll be hoping for the same this year. Courtland Sutton should be making a leap this year as the 2; They’ll be expecting him to become the main man pretty soon. Daesean Hamilton will be in the slot, he caught a lot of passes last year for not a whole lot of yards and with Flacco liking to target the middle of the field he and rookie tight end Noah Fant should see a lot of the ball.

Will it be all Lindsay again this year? The Underafted rookie topped 1,000 yards last year and looked great doing it, outshining Royce Freeman who was drafted in the 3rd round. I think it will be closer to a 50/50 split at least to start the season.

The Broncos defense could well be the best area of this team with Vic Fangio taking over at head coach. They’ve got talent in all areas and Bradley Chubb and Von Miller are one of the best pass rush partnerships in the league.

The Raiders will probably be happy to actually have a game after Antonio Brown fucked them over and manufactured the move to the Patriots he’s been planning since the Steelers first agreed to trade him. The whole thing leaves a poor taste and it’s safe to say the guy is a bit of a cunt.

Derek Carr threw for over 4,000 yards without Brown last year and with an extra weapon or two this year I’ve already tipped him to go over that mark again this year.

Tyrell Williams came in and has had a 1,000 yard season when forced into the #1 spot for the Chargers so he’s got the talent to be able to do it. Hunter Renfrow looks like he’ll be getting a start and the rookie impressed on hard knocks and in training camp, Ryan Grant will mix in, and hard knocks fan favourite Keelan Doss has been signed from the Jags practise squad for a decent amount, they brought in JJ Nelson who’s a pure pace guy to spread the field, but Carr rarely attempts deep passes, so maybe he’ll be in the slot more. At tight end it was already looking like Darren Waller was going to have a bit of a breakout year and without AB there he’ll have to.

Josh Jacobs was drafted at #24 in the first round this year and he’ll help Derek Carr with some comfortable short targets as he’s very good catching the ball from the backfield, we didn’t see much of him in pre-season but he looked good from the tape I saw of him in college. Behind him you’ve got Jalen Richard who’s more of a pass-catching back himself, so not much else to be honest.

It could go either way with the Antonio Brown news, the team could pull together to show that egotistical twat that he’s not needed, or they could fall apart. I’d lean to the first seeing as he wasn’t around for most of the summer anyway and when he was he was making a fuss of something. The Broncos should be good on defense and if they get Flacco comfortable then putting up 20 points may be enough. I think the Broncos win, but road favourites in week 1? Bleh.

Good luck if you follow along, had a cracker yesterday, usually a poor day follows so hopefully I’ll be able to snap that tonight.