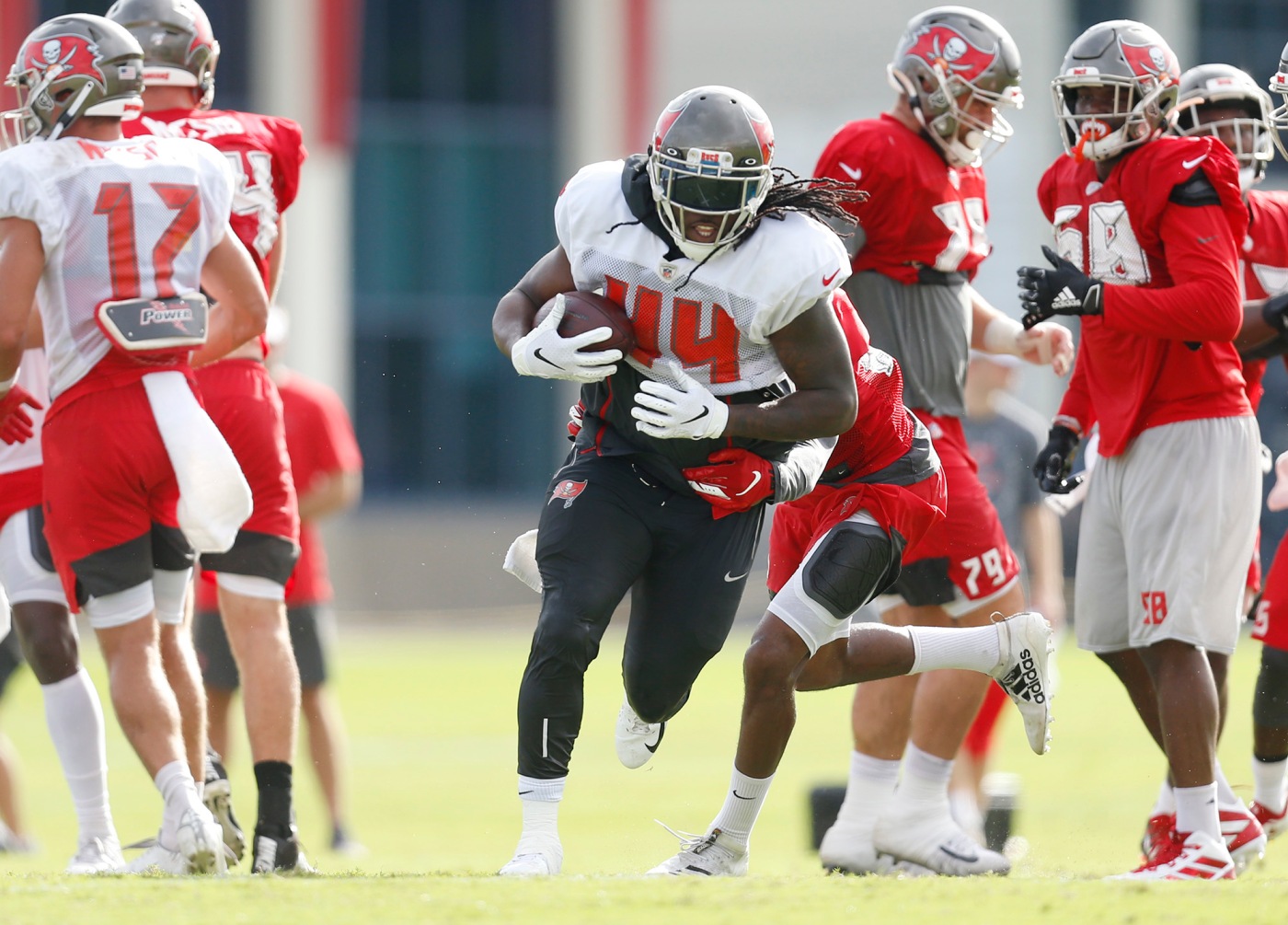 Monday night didn’t go to plan, the longer shots on the anytime scorers were a bit of a flop, but at the odds they were advertised at worth a point after a good weekend. The player props were 2/4 so a small loss on them on the night, but finished the week comfortably up (22 pts or so) on the Gameweek as a whole which is an amazing start to the season.

The first proper Thursday night of the football is usually a bit of a tough one to call; You’d usually be looking to fade the road team on Thursdays but so early in the season the stats suggest there’s not a whole lot of bias on either side of these fixtures.

The Buccs came into the season full of hope that a change of head coach to Bruce Arians, thought by many as a ‘QB whisperer’ would bring about a change of habit in Jameis Winstons addiction to throwing the ball to the opposition. Alas it doesn’t look that way as they gave the 49ers more interceptions in one game than they had in the whole of last season! In fairness it wasn’t entirely Winstons fault, OJ Howard coughed up the ball straight into the arms for a waiting defender on one, and the final one was under pressure towards the end of the game. Still a bonehead throw but he was trying to make a play.

In that game he threw for 1 touchdown which counted to our man Chris Godwin which gave us a tasty anytime winner, but he also threw 2 to Cameron Brate, both of which were called back due to penalties (He does love a bit of Brate in the redzone). What we do know is that Jameis won’t stop throwing the ball and the multiple WR sets should suit him.

It hurt him that his main guy Mike Evans was evidently struggling with a bug on Sunday, he was very ineffective with 28 yards from 2 completions. With an extra few days I’d be hoping that he’s back to health and able to give a proper showing tonight. It will help all on the offense including Chris Godwin if Evans is fit. Godwin led the team on Sunday with 53 and a TD from his 3 receptions. Despite his fuckups OJ Howard got himself 4 receptions without breaking off any big yardage. Breshad Perriman was the WR3 in the offense, playing on 64% of snaps in the opener, and making 2 receptions. You’re getting best odds of 6/1 on Perriman if you fancied it.

The backfield was predictably a mess. Peyton Barber the official #1 there, but 8 for 23 isn’t exaclty inspiring and that, frankly is the story of his career in TB. He’s been named the starter tonight and it’s been reported that it will be more of a share with Ronald Jones who failed hugely in his first year in the league, but showed flashes of why they drafted him last week with 75 yards from his 13 carries. Logically you’d expect him to get more tonight on that showing. The man i’m interested in, and not because of his awesome name is Dare Ogunbowale (nailed it.) He is the pass catching back in this team and had 4 receptions for 33 yards against the niners. As I expect them to be trailing tonight his line of 21.5 on Paddypower at plus money seems reasonable.

Their defense seemed improved on last year especially against the run, with Suh and Vita Vea in the middle of the park they should be pretty good at stopping it and DROY candidate Devin White forced a fumble on his debut as well.

We should probably just rename this team the McCaffrey Panthers to be honest, he is one of the main reason that you should want to be awake at 130 to watch this match. The guy is rivalling Alvin Kamara for me in my “players I will watch a game for” rankings. He was brilliant last week, finishing on 209 combined yards, 128 and 2 TDs on the ground from 19 attempts, 81 through the air from 10 receptions. 29 touches and he played ALL of the snaps. The guy is a fucking machine.

Cam Newton received mix reviews; After having another shoulder surgery people wanted to see if he could still throw the ball deep and with some whip, it appears not by most accounts, his aDot wasn’t great, and the longest reception any of his team had was 17 yards, and that was McCaffrey (obviously) I’d guess that with a shortened rest he’d still be sore from the weekend so I’ve got to think it will be a lot of short passing again.

They are set up for that with DJ Moore and Curtis Samuel operating mainly in that area of the field. DJ is the Moore likely target, with 7 for 76 on Sunday. Samuel in my eyes is more explosive and can create something from nothing. Greg Olsen missed a couple of practises this week but is expected to play tonight, he won’t be fully fit but has been a solid player for years for this team, if he goes down then Ian Thomas is your man at tight end. Outside of those three you’re looking at Jarius Wright who had 60% snaps, and Chris Hogan (just 7.5% snaps this week)

The Panthers are a solid defense and I wouldn’t be shocked if they had a couple of turnovers tonight. Luuuuuuuuuuke will probably shut down the run game, as he does because he’s fucking awesome at football.

The Panthers should win tonight, they’ve got the home-field for the second week running. I’m not at all confident in them covering the line, divisional matches are usually fairly tight games. I’d lean to the Buccs catching 7 points, but won’t be betting it.

The last one is a bit random admittedly, but he usually gets 1 or 2 per season. He did score last week, so that may well be it for now, but as 365 have kept him at 25/1 and everyone else has him around 5s… I’ll have a nibble.

I’ll probably go either 10 on that, or 5 on that and 5 somewhere else then go for a longshot with the freebie.