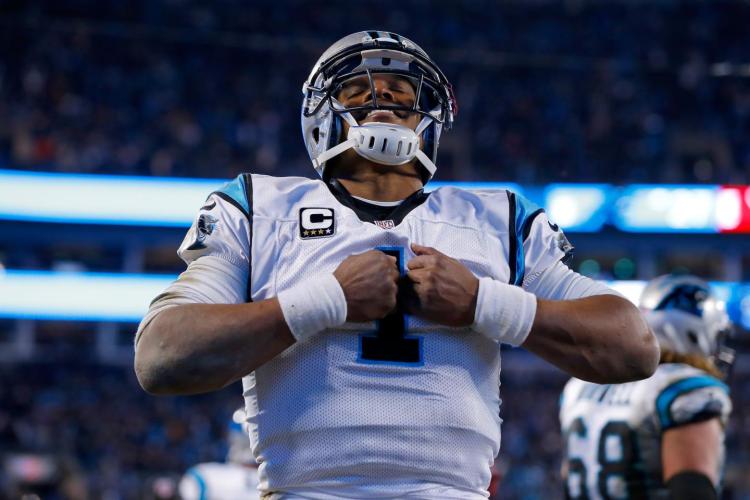 Not an easy start to the week from the betting side of things, two in-form teams, both coming in at 4-1, both 3-2 against the spread. The Eagles have had the harder schedule so far, their only loss coming to the best team in the league this year, the Chiefs and they kept that within a TD, in the other matches they comfortably took care of the Redskins in the opener, and the Cardinals last week, scraped past the Giants in a divisional clash and took care of the Chargers by just 2 points after they rallied back in typical Chargers style after the game was out of hand. The Panthers only defeat came against the Saints after he threw 3 picks. They beat the Bills and 49ers in the first 2 games, nothing too special, but the last couple of weeks they’ve looked very good against the Patriots and the Lions.

The handicap has stayed pretty level, it did touch 3.5 at one point but that extra half point was snapped up quickly and it’s back to 3 now. The total seems to have been dropping, touched 46.5 at one point, now down to 45.

The Panthers seem to have Cam Newton back at full fitness after he looked laboured and worried of his shoulder in the first 3 weeks of the season. He’s managed to get his passer rating back to around 100 and looked as good as his MVP season last week against the Lions, finishing with 26 from 33 attempts, 355 yards and 3 TDs and a QBR of 141.8 – Very impressive stat-line against what I feel is a good defence in Detroit. The two throws to Funchess and Benjamin were especially impressive, the Funchess TD he put where only his receiver could grab it and the Benjamin one was thrown with great touch to the side of the end zone. Ross Tucker especially was very enthusiastic watching him in person. I personally think that this Eagles secondary is a worse unit than the Lions is, they’ve been giving up 280-odd yards per game on average. (To admittedly some good offenses) This will be a real test to see if Cam is back to where he seems to be!

He threw a ridiculous record-breaking 175 yards of passes to Tight end Ed Dickson last week, giving him the record for yards per pass for a tight end in a game, 25 per catch! Obviously it seems unlikely that they will be able to repeat that tonight, but someone needed to step up and fill in for Greg Olsen and Dickson is the straight replacement, he did have 62 yards in the previous game against the horrible Pats defence. At WR you have Devin Funchess and Kelvin Benjamin. Both of whom have had good numbers this season, Funchess especially has stepped up after Olsen went down, hauling in 3 TDs in the last 2 games with 7 receptions in each. It’s something they’ve been waiting for for a long time now, he’s always had the talent without reaching the heights. Benjamin is similarly frustrating in terms of consistency, he’s not had the targets of Funchess but has been getting the yardage with some big chunk plays.

The Panthers running game has not been good this year. Jonathon Stewart is the definite number one, but that doesn’t mean he’s done well. He’s averaging just 3.3 yards per carry, and a miserable 1.2 per attempt last week at Ford Field. They did however keep going to him though and he is a very good goal line back should they not just run Cam Newton in from inside the 5. It doesn’t help them that star rookie Christian McCaffery can’t run between the tackles as of yet. He’s had 34 rush attempts of the season and is still yet to break 100 yards. While we all knew he was very good at catching from the backfield, I also thought he would be at least half decent at actually running the ball too, he did it well in pre-season. He’s averaging around 47 yards per game through the air. 4 of his 5 games have been in the 30s though. Very hard to take anything from the rushing game.

The Eagles have been very impressive so far and are living up to their role as “sharps favourite” in the pre-season. The people in the know were all over them! Carson Wentz has been very impressive now that he has people who actually catch the ball instead of throwing it to the ground and killed the Cardinals in the first quarter last week with 3 TD passes. He finished with a career high 4 TDs and just over 300 yards passing, and that was against a team who have one of the best shutdown corners in the league taking out his no.1 WR. He has a pretty much identical passer rating to his opponent this season. He’s mobile and very tough to bring down, and his pass catchers have the ability to break big plays when he’s scrambling.

Talking of those pass-catchers, Zach Ertz has been the favourite target for Wentz this year leading the team in targets with 9 targets per game on the season so far, and 5 or more receptions in each game, averaging 76 yards, and finding the end zone twice. His main WRs are Alshon Jeffery and Nelson Agholar. Jeffery is probably overhyped but he’s a big bodied guy who can win contested catches, tonight will probably be the first game he doesn’t face one of the best cornerbacks in the league, they’ve had a really tough schedule so far! It will be interesting to see how he does with, probably, a little more freedom. Agholar was a laughing stock of the league last year and looked suspiciously like a first round draft pick bust. He couldn’t catch a ball and must have been a little worried for his future, but he seems to have sorted that this season and had some big games taking 2nd coverage. Torrey Smith has even managed to catch a passes this season. The good thing about Wentz and this passing game seems to be that he won’t force a pass if it’s not there.

They have had a surprisingly good running game in recent weeks as well led by LeGarrette Blount who has put up 277 yards since having zero carries in week 2. He is still the goal line back but they’ve been scoring from further out so he hasn’t had much chance to fulfil that role. Other than him they lost Darren Sproles for the season and Wendell Smallwood will be missing out again so their other option is Corey Clement, 39 combined yards last week and Kenjon Barner on his return to the team with 23 yards.

The one negative I have for the Eagles tonight is that Offensive tackle Lane Johnson will be missing out with concussion. He missed a lot of last season through suspension and him not being there was a big reason why they didn’t do as well as they probably should have done. He’s a big loss for them tonight.

So I’ve written 1,000 words, analysing it as I go and trying to even point myself in the direction of anything, anywhere. Yet I still can’t pick a winner tonight. In theory it should be the Eagles, they’ve played better all year and beaten better teams. But Cam Newton has got very hot these last two weeks, and the loss of Lane Johnson could be enough that the Panthers have the edge. And lets be fair, if an actual Panther fought an actual Eagle… I can’t see the bird winning.

The Eagles are 2-8 on the road in their last 10 games. The Panthers are 18-5 in their last 23 at home. Which also suggest to lean towards the Panthers. I was tempted to go over on the total when it was 46.5 at the start of the week, now it’s coming down I’m even more tempted, so wouldn’t put anyone off taking that

I think the Panthers will again struggle to run the ball and I’m relying on what I’ve seen of Cam over the last few weeks and joining Simon (@rfltips) on going for o252.5 passing yards on Skybet.

I am actually quite surprised the line on Ed Dickson hasn’t risen more after his last two weeks as well after his last two weeks, and maybe I’m concentrating too much on the short term with Cam playing better, but o35.5 receiving yards also on Skybet seems quite attractive (and if you want to go balls out they are offering ( now 33/1) on o100 yards for him – out of interest… it’s 16/5 on Ladbrokes for that same bet.)

I’m not sure why all I’m picking is Panthers bets, and it seems to be an all eggs in one basket tactic which will either be great or terrible, but Devin Funchess over 4.5 receptions at 6/5 seems to make sense, it’s just the knee injury that’s limited him this week that is giving me pause on that this week.

4 points outlay – Here – Not great viewing, but there you have it.