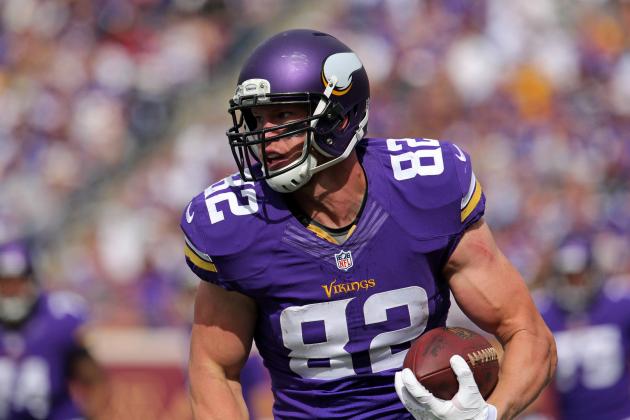 An NFC North matchup which will be hard fought, but for me there’s only one winner here. Especially with the Vikings having to field Case Keenum again, and possibly without Stefon Diggs who is carrying a groin strain, Kyle Rudolph took a boost in numbers when Diggs went out on Monday night. Although they have a cracking defence, you just can’t go against Aaron Rodgers, and with the emergence of Aaron Jones at RB they have the ability to ease back Ty Montgomery into the side. I thought that historically it would be closer, but the Packers are 5-2 SU on the road against the Vikings, although the Vikings did win the only game played at this stadium last year. Despite that I’ll take the PACKERS

Bit of injury related news, Ty Montgomery is expected to play with his broken ribs, I assume in a kevlar vest, I can’t imagine that being much fun so you’ve got to expect that Aaron “The welshman” Jones will still have a decent role, especially after last week. I would expect Nelson to be the usual red zone threat and Adams to pick up the rest of the TDs in the passing game. It really all depends on who Xavier Rhodes covers in this game, the Vikings CB wasn’t thrown at ONCE in the game vs the Bears last week. He usually covers the most important guy, who I assume would be classed as Jordy.

The Vikings will be without their best WR, Stefon Diggs. He misses with a groin strain and Sam Bradford is out as well, I’m just going to assume he’s out for at least a month now, so Case Keenum is in charge again. With no Diggs they will in theory throw everything to Adam Thielen, and the bookies know that, his line is around 70 yards, a little rich for my liking although I would expect him to beat it. Without Diggs last week a lot of the ball went to tight end Kyle Rudolph. He’s probably the guy to target in yardage markets this week, set at 39.5 on Skybet. Other than that, well, I think Michael Floyd will be the third target ahead of Laquon Treadwell. He’s set at 28.5 on 365. Jerrick McKinnon was the main man in the run game last week and looked like he could be a true three down back but for this week, I don’t think he’s trustworthy in that area, it could well go back to being a split with Murray

Since the start of the 2016 season the Chiefs are 0-2 against the Steelers… They’re 17-3 against everyone else. Going back a little further shows even more so that they’re their kryponite (Steelers are 5-1 SU in the last 6), including a ridiculous 9 field goal affair in the playoffs at Arrowhead last season, losing 18-16. But the Chiefs are 5-0, and replaced the Steelers as the challengers to the AFC crown. The worry for them this season will be the health of Travis Kelce who suffered a concussion this week, and who other than Tyreek Hill they will throw to should he be out (they also lost Chris Conley) Kareem Hunt should get near to 100 yards again against a poor Steelers run defence. Last week Pitt went up against the worst run defence in the league and decided to leave the running game at the door and target Antonio Brown with every other throw, 19 targets, 10 catches, 157 yards all because he had a tantrum that Odell Beckham would have been ashamed of on the sideline the week before. History suggests that the Steelers will win. I don’t think they will. CHIEFS. (Nothing on the spread of total)

We will find out this week if Big Ben is actually past it or not. I would love to say he is and found it hilarious watching his constant fuck ups last week, it really was something to  behold. I’m amazed at how much has been made of his interview after the game though, he was pissed off  and obviously didn’t want to be there so made sure he said the line that everyone wanted to write before they asked him directly. I’m not buying that he thinks he’s done. He loves the drama and tries to make everything about him anyway. Back to the game, there’s been a lot of chatter this week of Eli Rogers getting involved, now they seem to like Juju Smith-Schuster and he’s performed well, so the talk seems to be about moving him outside to take Martavis Bryants position then having Eli in the slot with AB doing whatever he chooses to do (likely covered by Marcus Peters) Whoever it is, one of them will have a great matchup against Terrance Mitchell of the Chiefs, he’s given up more yards than any other cornerback in the league. Annoyingly with all this garbage during the week I can’t figure out who that will be! I would lean towards Juju getting o37.5 yards but I won’t be backing it. What I would expect would be for them to lean on Leveon Bell a lot this week given that it was partially them going away from him last week that cost them the game.

The Chiefs side of the ball and they got beaten up at WR last week, Chris Conley is out for the season and Albert Wilson is questionable tonight as well. They were only supporting cast but losing them adds more attention toward Tyreek Hill and Travis Kelce (who has recovered from a concussion) It means that the 3rd target behind these two will be DeAnthony Thomas, probably… or Demarcus Robinson? Both only got 1 reception last week despite injuries. The man who did benefit last week who maybe worth a shot was Charcandrick West, he was 100% on his receptions with 2 TDs from 2 catches. He’s 7/2 to score at anytime on 365.

The Giants have no-one to throw the ball to. They have no run game to speak of. And they’re going against the No fly zone, and the best run defence in the league. Sterling Shepard might be ok? It’s him and Evan Engram then the backups. It should be a good matchup for Engram against Denver, tight ends usually do OK, but with all their cornerbacks likely to be horribly under-employed I can see them just leaving everyone covering him. Shane Vereen may see more work as the pass catching back? Coming off a bye week the Broncos couldn’t have asked for more. I would expect them to go a couple of scores up then run the ball with CJ Anderson, Jamaal Charles, and probably give Devontae Booker a fair few attempts safe in the knowledge that the Giants will be lucky to score twice. The handicap opened at 9 and quickly jumped to 12. I can see it being 14 and probably still not enough for the Giants to cover. I can’t take that number, but wouldn’t be shocked in the slightest. GI…. only kidding, BRONCOS

Nothing on the Giants side of this game. Nothing at all. No Sterling Shepard. I mean take your pick from Roger Lewis, Tavarres King, Travis Rudolph and Ed Eagan? They’re the famously well known receivers that the Giants are being forced to run out tonight. IF you were a glass half-full man you could suggest that there’s no game tape out there on these guys so the Broncos won’t be able to plan for them, but that’s horribly optimistic. It’s OK though they’ll have to rely on the run game… against the best run defence in the league this season. Yeah, they’re screwed. If for some reason you wanted a punt on a TD scorer for them, then Shane Vereen at 7/1 isn’t awful at the odds.

I would imagine the Broncos will get out to an early lead and ride that through the game. This should mean more work for CJ Anderson, Jamaal Charles and possibly even Devontae Booker in the run game. If they do stay through the air then tight ends always score against the Giants, and AJ Derby is the main guy there, he’s a nice 11/2 on Betway (I would take 4s on 365, but wouldn’t back him below that) The main men are Demaryius Thomas and Emmanuel Sanders, Sanders usually gets the TDs, both should be able to get their way against a Giants team without CB Dominic Rodgers-Cromartie after he was suspended indefinitely after walking out of training in the week.

Apparently Giants head coach Ben McAdoo has been told his job is safe. I’m not so sure! They’ve got this week and then a game against the Seahawks before their bye week. I wouldn’t be shocked to see him go then. He seems to have lost the dressing room and that’s usually death for coaches. I’m not sure where is offering sack markets, but I’d go with a little on him.

I think that’s about it for the televised games today, at least we can all have an early night as there’s no point at all in staying up for this Denver vs NY game

14 points outlay on these games. – Here

The other games brief write ups are Here

Hope that’s given you some interest in games and that it doesn’t go tits up again. Good luck

One thought on “SNF – Week 6 – Televised writeups and tips”