Possibly the least inspiring game of the weekend? Mitch Trubisky at least gives a little interest to it, he played his first game last week and hardly set the world alight, if it was Glennon who had the figures he did there would have been uproar, but apparently he looked pretty good despite the box score, this week they promoted WR Tanner Gentry to the full squad, if he’s at double digits I may be tempted. The Ravens are all defence, and that’s done them pretty well so far this season. They’re useless if they get behind, but if they get a lead it’s very tough to beat them. Again I can’t take the handicap, I would lean under on the total, my main fears are the fact that it’s very low, and that the Ravens could get a defensive TDs or two. RAVENS – Zach Miller at 7/2 looks like a good value to me, the Ravens aren’t great vs tight ends (see Marcedes Lewis hat-trick). Buck Allen is the sensible play though at 6/4 for an anytime scorer. Benny Cunningham is interesting at 6/1 as well, he’s been taking some snaps away from Tarik Cohen recently and that is a big price for anyone interested.

Houston suffered 2 huge losses on defence last week, JJ Watt and Whitney Merciless both out. Luckily for them that won’t matter this week but it will slow down there pass rush substantially. On offense Deshaun Watson has been blowing up recently, last weeks figures somewhat skewed, he threw 16 completions. All game. For 5 Touchdowns. That’s definitely not sustainable, not even against the Browns, but Nuk and Will Fuller have been feasting on it so far. The Browns have, for now, given up on Deshone Kizer who has shown far too many rookie liabilities recently, although the play calling hasn’t been helping him. Kevin Hogan starts for them this week which is a good thing for the team. David Njoku has been a keen target of his and scored a great one-handed TD this week (3/1 on Skybet), look for him this week. TEXANS and the Unders. Again, I won’t be taking a double digit handicap. Yes Hopkins and Fuller have scored a lot recently, and may well do again, but the rate isn’t sustainable and has to drop off at some point. The Browns, as I said last week, can’t defend the tight end so Ryan Griffin (3/1) is the first look I have here on Paddypower. There’s some interesting stats on usage with Hogan compared to Kizer. Basially Duke Johnson goes down considerably while Ricardo Louis rises a lot, looks for his yards tomorrow if it’s below 50, go for the overs.

The Saints are coming off a bye week looking to extend their 2 games winning streak. After a disappointing start to the season they had been getting in a rhythm and their defence, so often a crippling weakness hasn’t looked too bad and should match up well to a Lions team without any real play makers in their side. After releasing Adrian Peterson, Mark Ingram and Alvin Kamara are fortified in their roles at RB. Kamara has been getting a lot of the ball and does well with it. The Lions always end up in close matches, unfortunately for them usually coming from behind, this makes me question the 4 point handicap against them. I think this one will actually be pretty close, I’ll be taking the SAINTS to win, but I prefer hitting the Unders on the totals (50 on skybet at time of writing on Wednesday) to the handicap – If you’re looking for an anytime scorer you’ve got to be looking between Ingram and Kamara really, for me Kamara represents better value at 15/8 on PP. Given that I think there’s probably a 60/40 to Ingram, the fact he’s a best of 6/5 makes me shift off of him.

Not a tough one to call here. The myriad of injuries to the Atlanta pass catchers came at the right time, the bye week just gone allowed them to heal up a little. Julio is expected to go while Mo Sanu will be out of this one, that probably means more targets for Taylor Gabriel, and the tight end Austin Hooper. I will be looking for prices on both of them this week against a poor dolphins defence. In fact all of the Miami team is a dumpster fire at the moment, and while I won’t be touching a double digit handicap, it is well deserved. Cutler became the 2nd player to win a match with less than 100 yards passing last week. That won’t happen this week. ATLANTA – Well, the tough decision here is to figure out which Falcon is going to score. Julio is yet to find the paint this year, he’s usually tough to pick for TDs, Freeman has scored every game this year, but at 8/11 do I want to take him? Taylor Gabriel was the man I was looking for with Sanu out they’ll need someone other than Julio to make catches and it looks like it will be between him and the TE Austin Hooper. They’re both 3/1 (Gabriel on Ladbrokes/Coral, and Hooper on PP) Devante Parker is OUT for the game, so don’t be tempted by the seemingly big price on him!

They. Have. The. Same. Record. How did this happen?! The Jets have somehow won 3 games, albeit all games they should have lost. The Jags somehow threw it away, the Browns missed 3 field goals and gave the ball away every time they got close. ASJ finally got the TD I’d been predicting for weeks though! The Patriots still have the worst defence in most categories, and no pass rush, so the Jets MAY get a couple of scores. But the Patriots will be too strong for them. As usual I’d probably look for over evens on Hogan. He’s scored every week but the first. Once again, not touching the handicap, I would lean unders, but can’t rule out the Pats scoring 35+ points. PATRIOTS win. If you can get over EVENS on Chris Hogan, then I think you’ve got to take it. (5/4 on 365) My only look for the Jets as always goes toward ASJ. The Pats have been giving up a lot of yards, he scored last week, dare I go for him at 5/2?! It seems a bad idea. 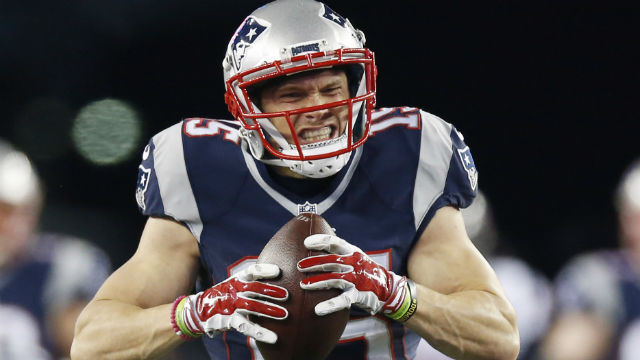 Finally a double digit handicap I am willing to take. The 49ers are yet to win a game, and are on the road for their third consecutive week, they’ve lost their last 2 games in OT, and their last 4 losses have been a total of 11 points deficit. Although I think they may be tired from their road trips, I can’t ignore a 10 points handicap against a Redskins team missing their best CB. The Redskins are pretty reliable and coming off a weeks rest should be all the better for it but the loss of a “shutdown corner” is a big one. Look for a price on George Kittle and Matt Breida for the 49ers after they stepped up last week. REDSKINS win, but the 49ers to cover the spread. – The alternate side to my writeup is that that the Redskins put up a ton of yards and should have beaten the Chiefs in week 4, they’re rest from their bye and face a 49ers team that concedes a lot of yards, the 49ers being on the road for that long could have an affect on them which worries me with regards to the handicap. All Redskins prices are far too skinny for my liking.

The Cardinals signed Adrian Peterson this week and instantly ditched Chris Johnson who had done very little. Whether AP can do any better behind a horrible offensive line remains to be seen, I would suggest not, but he should at least inherit CJ2ks carries and may be able to get into a rhythm that was kept beyond him in NO. Andre Ellington is the man here, he’s been targeted more than most WRs in the games he’s been playing. If John Brown is healthy he’s always a good player to look for in the passing game as well. I’m underwhelmed by the Bucs, but I was very high on them coming into the season. Doug “muscle hamster” Martin is now back and adds a much needed running game to them. That should help Jameis Winston out who has not been good so far apart from a few hot spells. Expect Patrick Peterson (P2) to shut down Mike Evans, leaving Desean Jackson to destroy Justin Bethel. Everything in me says that Tampa should win this. But do I trust Jameis on the road?! I don’t know! – So bet-wise I’m looking for Ellington combined yards again, Desean Jackson anytime (15/8 PP) and despite the Cardinals being great against the TE, possibly Cameron Brate.

The Jaguars thoroughly and hilariously embarrassed Big Ben and the Steelers last week, creating 5 INTs, 2 of them returned for touchdowns, it’s always nice to see Mike Tomlin get shown up for not being a very good coach, he usually waits for the playoffs vs the Patriots but decided to treat me earlier this season. They have no passing game, so have to get the gamescript on their terms. Run Fournette 30 times a game. Have your all-stud defence sort the rest. That will be tough against a Rams team who really should have taken control of their division last week. They have a lot of weapons and will use them to exploit any favourable matchups. I’m not sure where they are here to be honest, I really do rate the Jacksonville defence highly! I do think the Rams will put up points which means that Blake Bortles will have to throw. That will lose them the game. RAMS (and by default as they’re underdogs, the Rams ATS) I’ve got to add Leonard Fournette to a favourites TD accumulator. He’s scored in every game this season and faces a team who concedes are lot of rushing yards.

Will the Raiders have Derek Carr back? Everything suggest he will return this week and that will help them. A little. They were hardly piling on the points with him under centre anyway. It doesn’t help that Amari Cooper seems to be suffering a horrible lack of confidence since dropping 3 in a row in the opening game of the season, he has totalled 23 yards from 4 receptions in his last 3 games. It means that Michael Crabtree has had more of the ball and I would expect that to be the same whether it’s Manuel or Carr playing. The Chargers should have #7 draft pick Mike Williams in for his debut this week, I’m not sure where he’ll fit into this loaded offense, but it should be interesting to see how he does in the big league. Whoever is under centre for them I think the Raiders fall even further behind in the division here – CHARGERS – Another team who is shit vs the TE are the Raiders, after a lot of targets last week I think we’ve got to go on Hunter Henry again (15/8 skybet)

Writeup for the televised games – Here