First up, finished the week 9 points down. Had some ridiculous luck with injuries completely changing game plans and ruining everything recently.

Secondly. Thoughts go out to the friends and family of Kevin Cadle, “ma man” was a shining light for a lot of us tuning into Sky sports to watch this little game we all love. As you’ll read in the article from Iron Mike Carlson in a minute, he was due to appear on the Talksport2 coverage on Sunday night but cancelled due to a virus, so this must have come as a huge shock to everyone. Mike obviously knows him far better than I do and he wrote this on NFLUK – Mike Carlson on Kevin Cadle. If you tune in to a lot of NFLUK twitter as I do then you’ll have seen the effect that Kev had on a lot of our lives judging by all the mentions and the statuses of people shocked by his passing. It’s safe to say that he was a big presence in the lives of a lot of people who watch the game this side of the Atlantic. NFL UK have already announced there will be something done at Twickenham to remember him this weekend which should be an emotional affair for all involved! – Also, say what you will about Neil Reynolds, I know that some people don’t like him. But fair play to him for the video he put out for Kev today, you could see how tough it was for him to do it. A lot of respect to him for that. – Shaun Gayle remembers Kev Cadle 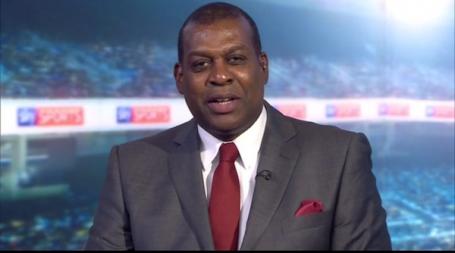 Anyways… On to the Monday night game.

When this was booked at the start of the season they must have been licking their lips looking forward to a top of the table clash in the AFC South, with Andrew Luck and Marcus Mariota leading their teams. Fast forward to tonight and we’re left with Jacoby Brissett possibly against Matt Cassel… Not quite the slugfest we were hoping for!

The Brissett-led Colts haven’t been awful, they’re sitting at 2-3 coming into this match and he and TY Hilton seem to have figured out an understanding with a couple of games topping 150 yards. They were both at home, and against poor teams, the Browns and 49ers. This game, in Tennessee may be a different challenge for them, but historically they have a very good record against the Titans, winning the last 11 in a row!

So TY Hilton is obviously the #1 WR there, he’s hit and miss for me tbh, in the 2 games he’s not blown up, he’s got a high of 57 yards. The usual TD scorer for them when Luck is playing is Donte Moncrief and he opened his account 2 weeks ago against the Seahawks, he’s yet to top 50 in a game on the season, but that’s not really what he does, he’s the redzone target for them, Kamar Aiken has caught a maximum of 3 catches in a game this season so I don’t see him as relevant frankly. Jack Doyle is the top tight end, he has been out with concussion but it seems like he will be a go for tonight, he’s a good target for them and I think he should break 40 yards tonight, but I can’t advise taking that.

At running back they’ve got old faithful, Frank Gore, he’ll do what he does, 40-50 yards from 13 or so carries. I respect the guy and what he’s done, but he’s not one who gets my attention. That job goes to Marlon Mack who has had a couple of good games once he gets in space and should have had more. He could be a good look for an anytime TD bet tonight, and 5/2 is reasonable. 25/1 for 2 or more is tempting too! Chuck Pagano said last week that he does need to get Mack more involved which is always promising.

They are missing their Right Guard which could cause protection issues for Brissett, but he’s a very mobile QB so he should be able to cope well enough if it comes to it. The Colts however are not a good defence, giving up nearly 300 yards per game through the air.

The Titans are going to be starting Marcus Mariota which is a relief to anyone who actually wants to watch football. While he’s not been tearing up the league this year he is infinitely better than Matt Cassel who was the other option open to them tonight.

I was sold on the Titans this year after seeing the pass catchers that they added in the offence, but they’ve only thrown 3 TDs on the whole season, which is frankly shocking when you’ve got the red zone talents of Eric Decker and Delanie Walker. Neither of whom have found the paint through the air this season so far. Walker at least has a rushing TD to his name. Rishard Matthews has found the end zone, and he’s their leading WR. Taywon Taylor has had a little work from the slot as well. All in all it’s been a fairly toothless attack from the Titans so far this season, maybe this Colts defence could be the tonic? One other worth at least keeping an eye on is Jonnu Smith. He got a lot of the ball last week (5 catches from 5 targets) but that was with Matt Cassel under center, I wouldn’t expect that workload again, he has however scored twice this season, both from Mariota and 5/1 (Sky, PP) is a tempting price for a punt.

They want to try and establish the run game in each match but haven’t really been able to do that either despite ranking no.7 in rushing at home. The Colts are around middle of the road in rushing defence, giving up just over 100 yards per game so far, so DeMarco Murray and Derrick Henry will be looking to ruin that statistic for them. Murray is still the clear no.1 back in the team, and he’s been consistent enough without showing what I would have thought he would have done so far behind a good offensive line. It’s practically impossible to call when Henry will get a heavy workload game, and while his yards are set at 39, I can’t go either way on that.

So one I will look at is the Titans special teams with Adoree Jackson returning kicks, he’s pretty crap at playing cornerback, but he’s electric on kick returns.

So what am I on? – I should probably play it safe after this weekend, but one thing that it did show this week is the underdogs all performed far above.