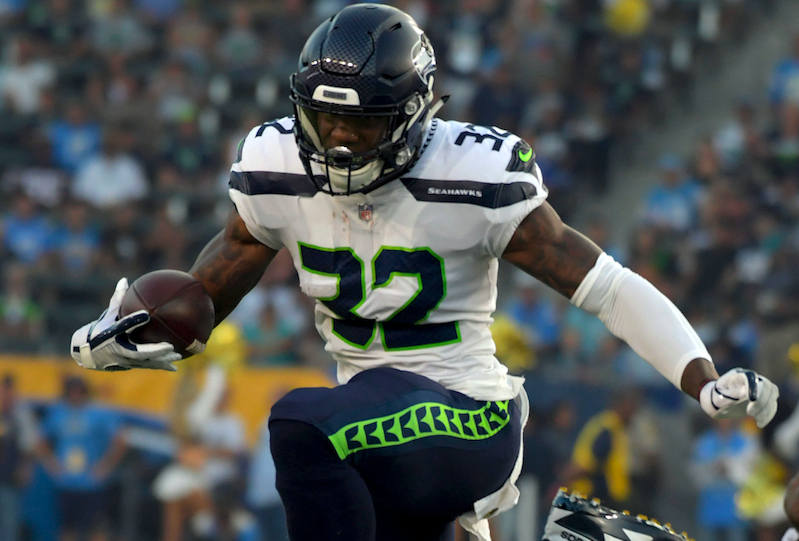 Kinda surprised to see this stick at around 3 points all week, I like the Cardinals at that price, yeah they lost to the Lions last week but it was down to 3 Murray interceptions. If he keeps the ball safe then they should take advantage of the Panthers defense. Deandre Hopkins is questionable for this but he generally plays through injuries and is shaping to be involved in this one.

The Panthers beat the Chargers on the road last week despite being out-gained by 130 yards. Teddy B has been highly efficient and they’re using Mike Davis like Christian McCaffrey in both the passing and run game, 8 receptions, 45 yards and a TD through the air for him last week.

All 3 Cards games have gone under their totals so far, the Cards won 2nd half in 2/3, Panthers highest scoring qtr has been the 4th.

Surprisingly all Ravens games have gone under so far and after their performance on Monday I’m expecting a big bounce back spot here. That game was riddled with mistakes and drops, that will revert to the norm tonight. The Ravens are the only team to have scored in every quarter of football so far this year, they’re 2.37 to do the same tonight. 6/1 to win every quarter which is tempting too.

Washington only scored 14 points in the first half of games this year. They’re defense has been keeping them in game but Haskins threw it away last week with 3 INTs giving the Browns field position to let Chubb run the ball.

It’s 14 points, you shouldn’t back it, but there’s no way you’ll be backing Washington in this one.

Money has come for the Browns in this one, snipped in from +4.5 earlier in the week, after getting smashed in week 1 by the Ravens they had two gimme games and didn’t convince in a 5 point win vs the Bengals and needing turnover to win by 14 last week. They want to run the ball, mainly with Chubb, they need to be ahead or within a TD to be able to do that, that’s my worry with them tonight. They’ve covered the spread once this year. Hunt is going to play and it should be a good game for him pass catching out of the backfield as they try to keep pace with the Cowboys.

Cowboys haven’t covered the spread yet, but are getting Tyron Smith back on the offensive line. That will help them a lot. They’ve got 3 wide receivers on target for 1,200 yards this year which is unheard of, they can’t defend so they’ll have to keep throwing on offense. This should be a high scoring affair and you probably can’t go too wrong combining players for TDs here. Hopefully not Cedric Wilson again.

Colts lost that opener to the Jags but have looked very good since then destroying the Vikings and strolling past the Jets last week, even being able to rest their starters at the end of the game, offensively they’ve done what’s needed, it looks like Big Mo is going to be the TE now with Doyle having no catches last week. Jonathan Taylor will be loaded up and Zach Pascal is now the WR2 in the passing game. The Colts are the best team on defensive DVOA so far, ranked 1 vs the pass.

Nick Foles starts which is marginally better than Trubisky, but for this game could be a negative as Colts HC Reich knows Foles from their time in Phillie, his strengths and weaknesses and you’d think they’d focus on that. They lost Tarik Cohen last week so should be more touches for Cordarelle Patterson, Jimmy Graham somehow keeps scoring for them. Weirdly the Bears have scored ZERO points in 3rd quarter yet 41 in 4th, nearly 14 per 4th qtr so far. Darnell Mooney an interesting name to keep an eye on in the coming weeks.

This is the only game this year the Bengals are expected to be favourites for, it’s a weird situation. The Bengals play quickly and throw the ball a hell of a lot as well, that should finally work tonight as they face the worst pass rush they’ve been against all season and the 32nd ranked pass defense according to the DVOA. Tyler Boyd line looks low at 58.5 on Ladbrokes. They’d love to get the run game going, Joe Mixon appeared on the injury report last night with a chest injury but should play.

DJ Chark looks like he’ll be a full go which helps their offense and he’ll no doubt have at least one big play tonight. Minshew is a decent enough QB and will probably take advantage of any mess-ups, James Robinson looks like a decent back though and has done well in the passing game as well o2.5 receptions for him is available at 1.83 on 365 and Skybet

The Bengals haven’t won yet, but have only a -8 pt differential, Jags score most of their points in the 2nd and 4th qtrs.

The Chargers out-gained the Panthers considerably last week yet lost the game, that kind of shit happens with a rookie QB under center. Justin Herbert has looked pretty good on the whole though, Keenan Allen the main to look for his as Herbert does with most of his drop-backs, he’s had 29 targets in the two weeks with Herbert there, Mike Williams is ruled out. The Buccs run D is brilliant so it will be more of an Ekeler catching game than Kelley/him running the ball.

Buccs without Godwin and Fournette, possibly Scotty Miller, so you’re lookeing at Evans, Watson and possibly Tyler Johnson? (16/1 365) – It looks like it’ll be Ronald Jones on the ground with Fournette out, he’ll need to take his chance and show that he’s the man they need in the backfield. Brady keeps the ball safe and that’s all the Buccs really need with the defense they’ve got.

Buccs score a lot in 1st quarter winning it in every game so far. I think the Bucs cover, got to lean under on the total as I don’t think the Chargers put up many points.

Vikings not trained this week due to Covid risk after Titans game, that’s got to mess them up coming into this one, particularly Kirk Cousins who likes his routine, Dalvin Cook had 181 on the ground last week while Justin Jefferson moved outside and had his coming out party last week with 175 yards and a TD.

Texans have played toughest schedule by miles so far, haven’t covered in any though, they’ll have known for a while this is their first win-able game and should be up for it. It looks like they’re pretty healthy too with Duke Johnson coming back.

Vikings, despite 0-3 have won the first quarter in every game. Weird. No bets for me on this one, have to lean Texans to cover though.

Drew Brees noodle arm, terrible aDot, all on Kamara. <– My notes for this game. I might just leave it at that. The Saints FB has tested positive for Covid so this is off the board at the moment. They’ve got a lot of injuries with Jenkins and Lattimore out on D to add to Thomas and Cook on offense. Guess you’re looking at Sanders and Smith yards. Saints D has been poor so far, 21st vs pass and will be worse with those two out.

Lions with Golladay a week healthier much better with him playing, but will probably run Adrian Peterson 20 times again, they’re a pain to predict due to inept coaching. They should have Trufant back which helps their defense which was much better last week. I’ve seen TJ Hockenson fancied by a lot of folk on twitter this week

This line has been all over the place this week, 7 down to 4.5 and setteld now at 5.5 by the look of it. The OVER has hit in all 3 Seahawks games, and they’ve covered all 3 as well becoming the second highest scoring team in the league, Russ on for 80+ TDs this year. DK Metcalf and Tyler Lockett are proving to be probably the best duo in the league so far this year and they should feast tonight, especially Lockett on the inside routes against a poor Dolphins D.

Fitzmagic was feeling himself last week against the Jags and he should be able to supply his players with chances in this one as the Seahawks defense has been terrible, Parker and Williams should do well and Mike Gesicki may be able to top his 47.5 line. Myles Gaskin receptions is set at 3.5 which I love the overs at 1.73 on Skybet. He’s topped that easily in the last two games and will be needed this week.

The pro bettors will tell you it’s the longest trip of any team this year, it’s warm and humid and a let down spot for the Seahawks.

Giants are terrible, under in 2 of their 3. That’s about it on their side of the ball. They rank 30th against the pass.

Rams top of offensive DVOA, covered 2, overs in 2. I like Darrell Henderson this week he’s taking the role in the backfield and topped 100 on the ground last week. His line has rocketed up from 37.5 last week though to around 70 this week. They should be able to do whatever they want in this one.

Not a whole lot to talk about, Rams win, probably cover.

All games over in all three of each teams games so far. Up from the opener of 49.5. Bills have looked great on offense with Josh Allen over 300 yards in each game this year, they did give up a 28-3 lead last week but came back to win in the final seconds. Stefon Diggs has been a big addition for them and fitted in well, John Brown will be out, so it should be another decent game for Gabriel Davis who looked good against the Rams, no lines on him though. Beasley around 50 yards looks a good over. Looks like Zack Moss will be back avoid Singletary yards if he is back.

Raiders without Ruggs, Edwards so they’re hurting at WR. It should mean big games for Waller and Renfrow in the middle of the field though as that’s a position the bills have struggled against this year. Agholar and Zay Jones too?! Josh Jacobs has been great this year, running hard and he’ll have his usual game again after being on the injury report for last weeks game he’s avoided it this.

Postponed to Monday/Tuesday – Hopefully. Cam Newton will be out.

The Eagles obviously didn’t have enough injuries so the football gods have decided old man LT Jason Peters needed to be on IR. He was bummed by Lawson last week anyway so maybe not the worst move for them. They had 1 WR in training this week. Greg Ward. That was it. Everyone else is injured. Miles Sanders was listed with a butt injury but he’ll obviously play. I’d have liked some lines on Boston Scott, but nothing out there. Ertz, Sanders and Ward are all lined at 4.5 take your pick, one of them at least will top that. Richard Rodgers will be the TE2, he’s 40/1 anytime on 365.

The 49ers welcome back George Kittle, Jerrick Mckinnon and Jeff will be their men in the run game again with Mostert still out. Deebo is apparently back but in a limited fashion. Aiyuk and Sanu I guess probably still leading the WR group.

Not much to talk about here really, the Eagles are decimated by injury and the 49ers are brilliantly coached so should have their way with them.

That’ll do for me. Good luck if you’re following.