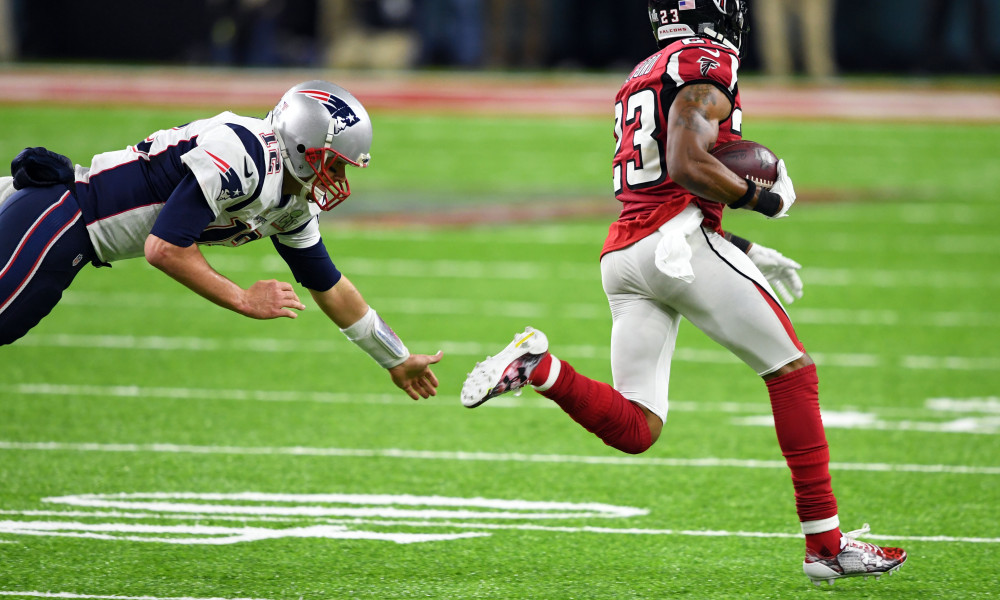 A mixed bag on here for last night, ending a couple of points down.

2 out of 3 on the Spreads, the Cardinals getting shellacked in Carolina messing that up, 3 of 5 on the props including the NAP with Keenan Allen, take him over on receptions every week. He had 40+% target share again this week. Davis finished on 5, we had 5.5 and Gaskin had 3, we bet 3.5…

The Skybet treble was let down by Zeke, who apparently did cross the plane, it wasn’t given and they didn’t challenge it, then Pollard ran it in later. Kyler was garbage, Ronald Jones topped 100 yards didn’t find the endzone. Mark Andrews scored twice.

Overall, the bets were pretty much right, just needed that touch of luck.

This game was meant to be the late one televised over here last night but Cameron Newton tested positive for Covid and that set off a whole chain of events which has led us to having this tonight. The bad news is that he’ll be out for at least this week, the good news, no-one else on the roster has tested positive. Yet. So the game goes ahead.

Brian Hoyer will be starting at QB, apparently Jarrett Stidham is so poor that they don’t want to use him here. Last year, for the Colts he had 372 yards in 2 game,s 4 TDs, 4 INTs, lost both games. He has actually been at the Patriots for 5 of his 12 seasons in his career throwing the grand total of 32 completions for them.

Sony Michel is ruled out for tonight as well, but James White will be back and Damien Harris may be re-activated from the IR? Sexy Rexy Burkhead got himself 3 TDs last week against the Raiders, that doesn’t mean much to Bill though. Tiny little JJ Taylor looked good in the usage he got last week as well.

In all honesty the Newton news makes this really tough to judge from the Pats side of the ball. Damiere Byrd has been looking involved, N’Keal Harry keeps getting targets, 15 receptions for 145 yards this year, while Edelman had been putting up good numbers with Cam, 15 receptions as well, 259 yards for him. The tight ends aren’t really worth mentioning. Ryan Izzo.

They’ve been fine on defense, DVOA has them ranked 25th.

The Chiefs re-affirmed their place as the best team in the league on Monday night, the play-calling was spot on, Mahomes was great as usual and they did pretty much whatever they wanted.

Not much to say on Mahomes, he’s the best in the league and will be for a long time. He leads in QBR so far this season, ZERO Ints, 9 TDs for him in their 3 games. He’s played the Patriots twice, won 1, lost 1 (that crazy playoff loss) – 635 yards, 5 TDs, 3 INTs against them.

They slackened the leash on rookie RB Clyde Edwards-Helaire against the Ravens and got him more involved in the passing game (5 catches for 70 yards), something I think they’ll do tonight as the Pats have allowed 18 catches, 117 yards and a TD through the air to running backs this season. I’m not entirely convinced he’ll be able to do it on the ground with regularity in this league but he’s fun to watch.

Tyreek Hill has done well against the Patriots, 3 games, 337 yards and 4 TDs against them in his time, I’d have assumed that would be the player that Belichick tries to take away but seemingly he’s not been able to thus far. Travis Kelce has been marginalised in games against them though so I guess I’d assume they’ll try and slow him tonight. The thing about this Chiefs team is that they just won’t care that much, they’ll use Hill, Hardman, Watkins, Robinson, Clyde, any of their myriad of other weapons.

They haven’t been bad on defense either, Chris Jones had a blinder last week. They’re ranked 13th on DVOA especially good vs the pass.

The Chiefs are winning this one, they would have done vs Cam, they should do it easily against Brian Hoyer.

Two of the highest scoring teams in the league facing off here, the Packers lead the league in scoring this year, unsurprisingly the totals have gone over in all 3 of both these teams games. It probably will tonight too despite the high total.

Same old story for the Falcons really they’ll rack up points, but can’t hold leads and seemingly can’t play defense. Matt Ryan is playing well still, he always seems to get un-fair stick and should go off again tonight against a Packers team who allow 6.6 yards per play, one of the worst in the league.

Julio Jones and Calvin Ridley have both been on the injury report through the week but I think both will play. Ridley has been brilliant, 349 yards and 4 TDs through 3 games this year. Julio did what he does, lots of yards, no TDs before missing last game, and Russell Gage has played well too, will be playing despite leaving last week with a head injury. Brandon Powell and olamide Zaccheus filled in when players went down last week. Hayden Hurst has run a lot of routes but not put up a whole lot in the box score, has scored in the last two weeks though.

Todd Gurley has looked all right on the ground, not his 2018 form, but he’s done enough for them, at least 14 carries in each game so far, averaging 4 ypc. Brian Hill mixed in last week with 9 for 58 and a TD as well as having a few receptions this season as well.

The eye test says the defense is terrible, DVOA has them at 20.

The two Aaron’s have been brilliant so far, Rodgers is second in QBR, 4th in TDs with 9 and hasn’t thrown and interception yet, and he’s done this so far without Devante Adams who was his only real target coming into the season. Maybe he’s not done after all. Still a prick though.

The year hasn’t gone well for them on the pass catcher front. Adams misses out tonight, Allen Lazard was the man last week, he’s out for the foreseeable with a core injury, so it’s probably a mix of Marques Valdez-Scanlting and the tight ends to get the ball moving here. MVS is a deep threat but prone to drops. Robert Tonyan is a TE/WR hybrid, Tyler Ervin a RB/WR hybrid, even Jace Sternberger got in on the action again last week.

Aaron Jones should have regressed when it comes to TDs after last season but he’s on target for similar numbers this year and leads the league for RBs in redzone targets this season. He set a Packers record against the Lions a couple of weeks ago with 236 combined yards and 3 TDs. Minimum of 16 carries per week so far for him. Jamaal Williams may get involved more in the passing game as they’re so decimated there at the moment. Darrius Shepherd got targets last week and is priced low for an anytime.

As above, they’ve been poor on defense so far, ranking 28th to this point.

This has to be high scoring. I’ve got to lean to the Packers, but the injuries are mounting for them, I’d expect them to lean on Jones and pass when needed with probably one of the tight ends being leading receiver. It’s messy for them.

I will personally have a few shots at the higher priced guys to score here, Sternberger at 11/2 (PP), Tyler Ervin at 9s (Skybet)