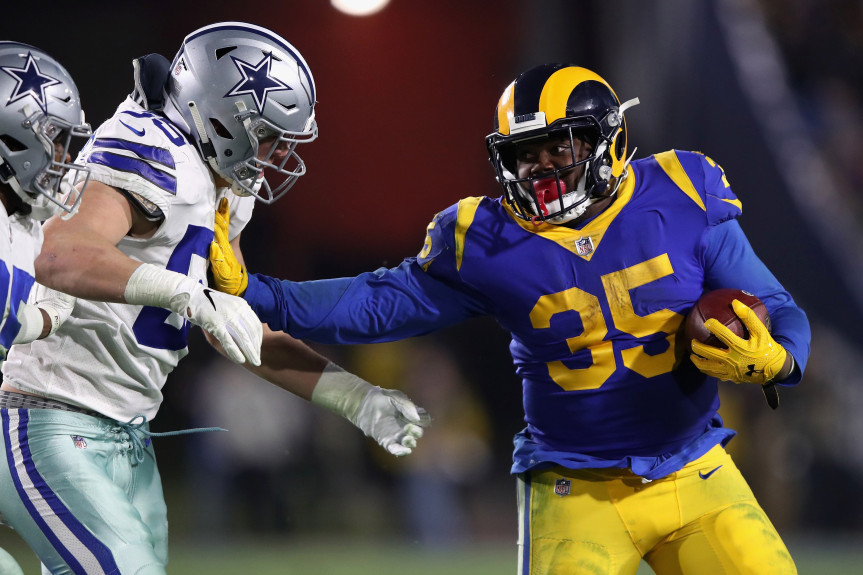 Well, that was an effective way to wipe out any profit from the season. I said I’ve been hitting 2 of 3 on spreads and that happened again, kind of… the Browns pushed after missing the XP with 10 seconds left which would have given them a 4 point win, the Steelers covered no matter what line you took during the week while the Seahawks lost in OT after the Cards tied it up with seconds on the clock. It was a hell of a weekend of action.

It’s the first time in a long time I’ve not hit on a single TD prop though, that was shit. The Bills were terrible, hitting 6 FGs and missing a couple more, neither of my Titans found the endzone, may have to reconsider that angle now they’ve got AJ Brown back who’s the size of a tight end. Russell Gage had 6 receptions, but no score, then there’s the Cowboys…

The only team in the league who remain without a win against the spread, Andy Dalton was under constant pressure, fumbled the ball away for a safety, seemed to settle a little before getting an utterly disgusting cheap shot on a slide which put him out of the game and probably at least 1 more. It was disgraceful yet somehow Jon Bostic looks like he’ll avoid a suspension. You know it’s bad when your own team mates are covering their faces in shock at it. Filthy fucker.

But yes. Never the Cowboys any more. No more backing the Cowboys. No more attention used on them.

The yardage props were better, Kamara covered fairly easily, Joe Burrow rushed for 34 yards and another sneak TD, while the D’Andre Swift bet was probably the most frustrating of the night, he got all the early work, got up to 32 yards (we had 33.5) then lost 5 yards with a couple of carries towards the end of the game… the joy of rushing yard bets.

It was a great night of football as well, some cracking games, high scoring, flip-flopping, close finishes, overtimes, and the Patriots getting smashed, which is always nice.

The Steelers are the only unbeaten team left in the league after a 27-24 win over the Titans, it looked like it would be a rout a one point, but Big Ben finally got a bit of comeuppance on his poor throws after getting away with a lot of INTs and gave the ball away 3 times (one was a hail mary at the end of the first, so twice really) But that team keeps winning and I’ll give them credit for this one, they beat a very good team, despite the greatest receiver the league has ever seen finishing with -2 receiving yards. They move on to the Baltimore Ravens next week for a match which could decide the division. I think it’s safe to assume they’ll be on Sky again.

On to Monday night.

Slightly earlier kick off in the UK on this one – 0020 for MNF and TNF before they turn their clocks back next weekend to get us back to usual times.

Not a huge amount of movement on the lines here, opened 5.5 and the total has dropped a point. – Weird point which probably doesn’t mean anything, up until last night (the Chargers winning 39-29) every game at the SoFi had gone under the total.

Totals in their games are 2-4 to the Unders. Which comes as no surprise when you consider them as a team.

The Bears are one of the few teams left in the league who rely on their defense to get wins. They’re ranked 2nd against the pass and 11th against the run this year. They allow a league low completion percentage, second lowest passer rating allowed, and just 4 passing TDs. I won’t claim to be clever enough to be able to judge how they’re going it, but it’s impressive.

It needs to be as they aren’t good on offense whether it’s Trubisky or Foles playing. They’re 4th in offensive yards this year behind the mega-trio of the Jets, Giants and Washington FT. That’s not a good place to be. 8th worst in the passing game and 2nd worst on the ground.

They’re just pretty horrible to watch and the loss of Tarik Cohen, leaves them really short at RB. David Montgomery is the only guy left there and he’s not really been very good since he entered the league, he’s averaging 3.7 yards per carry this season and found the endzone for their only rushing TD this year a couple of games back.

The passing game isn’t exactly stellar either, Allen Robinson the only man you really want to pay attention to in any game, 474 yards from 40 receptions for him this year, just the 2 TDs, his yards have been higher since Foles took over at QB though. Behind him Anthony Miller was expected come on, he hasn’t. Darnell Mooney though has looked all right in his rookie season, other than them two (or three) it’s the tight ends. Cole Kmet scored the first TD of his career last week and at the other end of the career scale Jimmy Graham has been used in the redzone a lot, he’s the second most targeted player in the final 20 yards scoring 4 TDs this year. He’s had better numbers with Foles too, 18 receptions in 4 games with him.

The Rams look like they’ve done all right this season winning 2/3s of their game, however their 4 wins have come against the NFC East which is by some way the worst division in football which lessens their record a little. They’re two losses were against the Bills by 3, they could have won it, and the 49ers last week by 8 points. They rallied after trailing 21-6 at half time in that one.

DVOA has them ranked as the best rushing offense in the league. Which is great for them as a team, not so much for us as gamblers/fantasy players. They use 2 or 3 guys back there, and while it seems like Darrel Henderson has earned himself the main role with the bulk of the carries over the last month, Malcolm Brown just 2 carries and Cam Akers didn’t get a touch last weekend. Henderson has looked good in the bits I’ve seen of him, so got to expect he’ll be the main man tonight, although 15-18 carries isn’t a huge amount.

The passing game is good when Jared Goff gets protection, he doesn’t do anywhere near as well under pressure and that could be the case tonight, although the offensive line has been very good this year. Woods and Kupp are a good duo and well utilised in this scheme, Woods has 329 and 3 from 27 receptions, Kupp 374 and 2 from 31 receptions, Woods is also used in the run game with a few jet sweeps designed for him in goal-line situations. Kupp is used in the slot, Woods on the outside. The worry for Kupp this year was that the tight ends would take more snaps in the middle of the field with Tyler Higbee and Gerald Everett getting targeted there. Higbee has the TDs, although all came in one game while Everett seems to be getting more involved by the week. – Josh Reynolds and Van Jefferson seem to share roles as the WR3.

Aaron Donald is possibly the best player in the league, not just the best defender, the best player. He’s a fucking machine. Constantly double-teamed but still frequently gets through the offensive line. He’s on 7.5 sacks this season, although 4 came against Washington which helps the numbers. Jalen Ramsey is among the best CBs in the league, and I’ve got to think he’ll be covering Allen Robinson in this one.

I’m not sure what to make of this one to be honest, I don’t think it will be high scoring, I don’t think the Bears are very good, yet they keep grinding out results. The Rams have only beaten teams from the worst division in football…

The Bears have only scored in 1 third quarter this year while the Rams have won the second half in every match, although most of those points have come in the 4th quarter. – Over 13 points in the 4th quarter seems like a sensible bet if it goes to form.

I was looking for a line on Gerald Everett rec. yards, but there’s not one out there at the moment, might be up later, he was at 34 (I was wrong, it was 14.5) last week and I’d probably take the over on that again this week if it becomes available around that line. It’s 16.5 on 365 for the game tonight.

David Montgomery has been more involved in the passing game since Cohen went down, 14 receptions in his last 3 games, at least 30 yards in each of them, his line here is 23.5 which looks like a sensible over play. Rams are allowing 8 yards per reception to RBs this year, and his line at 3.5 makes sense.