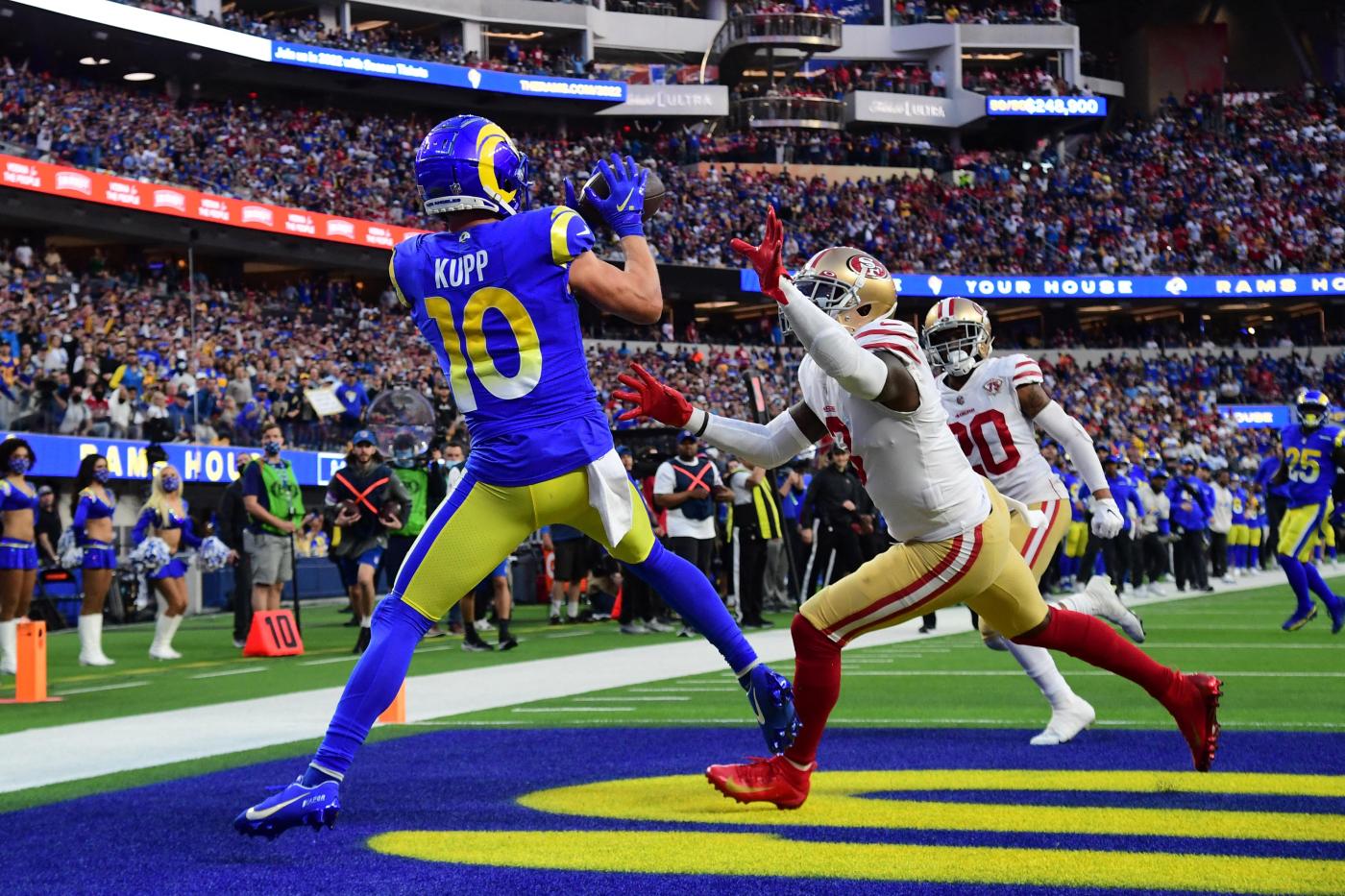 Week 4 seems to be the week that the offenses returned to the NFL with several high profile teams and quarterbacks shaking off the early season rust. The game of the week so far though was a 93 pointer between the Seahawks and Lions which featured 12 touchdowns. Jared Goff is tied for the league lead in touchdowns thrown and Geno Smith is currently PFF’s top ranked quarterback, so maybe we should have seen it coming?

We have another divisional matchup in the NFC on Monday Night Football this week with the Rams travelling to Santa Clara to face the 49ers.

Things haven’t exactly gone to plan for either the Rams or 49ers so far this season. The Rams do sit at the top of the division but were blown out by the Bills in Week 1 before eking out narrow wins over the Falcons and Cardinals. Meanwhile the 49ers are 1-2 and have only managed to score over 10 points in one of their three games, leaving them 31st in the league in scoring.

A win in tonight’s game will go a long way towards settling any early season nerves though and will put either team in a good position to win the division. Division rivals the Seahawks and Cardinals somehow both find themselves on two wins but realistically either the Rams or 49ers are going to top the NFC West and so the head-to-head advantage could be huge.

The Rams slow start to the season can mainly be attributed to their offense with Mathew Stafford still shaking off the elbow injury we learned about during the preseason. So far this season his touchdown percentage is down 1.9% and his interception percentage is up 2.1% on last season, seeing him lead the league with five interceptions. He has thrown two picks in both regular season matchups with the 49ers as a Ram and so I like him to throw at least one interception again tonight, I think 20/23 at Bet365 is the best odds.

Cooper Kupp has basically been the entire receiving game again with Tyler Higbee and Ben Skowronek being the only others to manage over 100 yards so far. I do think it is only a matter of time until Allen Robinson gets properly involved and so I would take a look at him going over 3.5 receptions. But I also like Higbee to score a touchdown at 11/4, he has been seeing a lot of targets, including plenty in the red zone but is yet to score this season so I think he is due one tonight.

In the running game it appeared as though Darrell Henderson was going to be the lead back after Week 1 but Cam Akers has worked his way back in. They are averaging 35 and 37 yards on the ground per game but their lines in this one are 20 yards apart, Henderson 22.5 and Akers 42.5. So that could be something to take advantage of as I think there’s every chance it’s close to a 50/50 split.

As with the Rams, the 49ers have struggled on offense and the only team they were able to score on is the Seahawks who lie 31st in opponent points per game. Only three teams have fewer passing yards per game than the 49ers and one of them is the Bears who don’t even try to pass the ball.

The focus of the offense is going to be the run game though, with Garoppolo just being a game manager. Fortunately for the 49ers, he has been very effective in that role against the Rams with his only loss being in the NFC Championship game last season (6-1 record). I would be tempted by the under on his passing line of 222.5 but it’s probably an avoid.

George Kittle should hopefully be back towards full fitness after making his season debut last week and he does love a touchdown against the Rams, you can get him at around 2/1 to score tonight which I don’t mind.

But I think my favourite prop bet on this offense is Jeff Wilson over 1.5 receptions. He has hit that number each of the last three weeks and I expect it to continue with Jimmy G at QB and without any other real options at running back.

Although it is early in the season this is a big game for both these teams who will have serious playoff aspirations. The 49ers have won the last six regular season games between these teams, but I think the Rams finally getting over the line against them in the playoffs last season will stand them in good stead for this one, so I will take the Rams and also lean over on what is fairly low total.