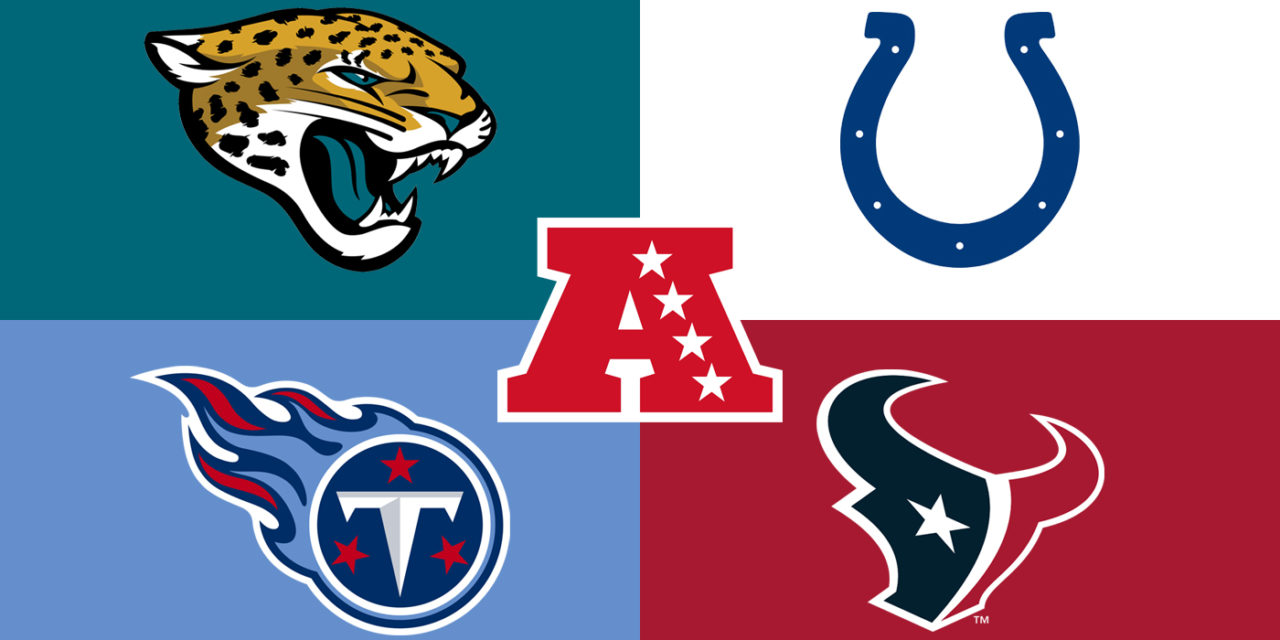 I’ve said I think the Colts will win the division and I’m sticking to that despite the potential that Andrew Luck has another random injury and the Colts just aren’t telling us what the hell is going on with it. Side note: Keep an eye on that news, the line for week 1 vs the Chargers hasn’t moved yet, but if it’s announced that he will be out then it will move quickly by probably 4 or 5 points, so try and take advantage of it if you see that news pop up!

In fairness Jacoby Brissett is one of the better backups in the league and the defense they showed last year should be good enough to give him a chance to win games still. But enough of the pessimism, Andrew Luck was brilliant last year so I’m hoping for the sake of my main fantasy team and entertainment that he’ll get through this and play the full season.

TY Hilton is the main target in the passing game, and with Luck at QB he has his best seasons, he finished with 1,270 yards from 14 games last year and has led the league when Luck has been healthy for the full 16 games, only 6 TDs though, and that’s about normal for him, the most he’s ever had in a season was 7 so don’t go expecting a big increase in that area of his game. It’s the tight ends who will get a lot of the redzone work, Eric Ebron finished with 13 last year, Big mo 2, Swoope 3, Doyle with 2 as well. I’d expect Ebron to regress this year with Doyle hopefully playing for more than 6 games. They drafted Parris Campbell who is a play-maker, and brought in Devin Funchess who can provide a redzone threat but isn’t the most reliable.

Marlon Mack should get most of the carries in the backfield, he looked good last year and there’s not a lot of competition for him in the backfield. He finished with 9 TDs from 12 games, and ended the season with TDs in 6 consecutive matches, including a massive game against the Texans in the wildcard. Behind him are the likes of Jordan Wilkins, newly signed D’Onta Foreman, and pass catching Nyheim Hines who was 3rd on the team in receptions last year.

Darius Leonard was brilliant last year in his rookie year at linebacker, was a great addition and helped make the Colts into one of the better defenses in the league.

The Texans still failed to address their offensive line in the off-season, they tried, by over-drafting a couple of guys, but it remains to be seen whether there will be any improvement. On the plus side I can’t get much worse for them than the 62 sacks they allowed on Deshaun Watson last year.

Despite that Watson still managed to give the Texans a winning record and a place in the playoffs, 551 yards on the ground with 5 TDs there definitely helped their cause. He just somehow finds a way to win.

It helps that he’s got DeAndre Hopkins to throw the ball to, he catches everything and loves the fighting, maybe pushes it a bit too far at times, but he generally seems to get away with it, 2nd in yardage, 3rd in receptions, and 5th in TDs last year for Nuk and he just seems to get better year on year. IF, and it’s a big IF they can keep Will Fuller fit he’ll have a brilliant year on the other side of the field, he had 4 TDs and 503 from 32 receptions last year, but as he’s a burner he gets dogged by niggling injuries. I do like a bit of Keke Coutee in the slot he averaged about 5 receptions per game last year, but is another who’s been hampered with frustrating injuries. They’re a bit of a mess at tight end though, Jordan Thomas seems to be the main guy there, he snagged 4 TDs last year so I’d figure he’ll be the 1 there, although rookie Kahale Waring might get some snaps if he can get healthy.

Lamar Miller is a running back.

They also signed Duke Johnson Jnr. from the Browns to add a little excitement there on third downs, he’s one of the better pass catching backs in the league but neither will get runs inside the 5 yards line.

The defense is still a strength of their with JJ Watt still leading the line and smashing people to bits. They could do with signing up Jadeveon Clowney but they’ve pissed him off and seem to be open to trading him.

The offensive line worries bother me, but they somehow find a way, if Luck is out for the any significant amount of time the Texans are the most likely to win the division in my eyes.

The Jaguars finally have a QB and all is good in the world. They defense which quit on it’s team last year will be amazing again and the offense will suddenly be bearable. Well, that seems to be the narrative anyway. Personally I don’t see it.

Of course Nick Foles and his massive wang are an upgrade on Blake Bortles, he’s clutch and has shown he can do it when the lights are on, but that was with a very good roster around him. This one isn’t.

I don’t rate any of their receivers to be honest, Dede Westbrook seems to be the one that people are gravitating to in fantasy, he’s quick, I’ll give him that much, and he led his team in yards last year. In fairness, scratch this, he was trying to catch passes from Bortles so there’s not a whole lot to be gained from looking back. Keelan Cole has shown some talent, and if they can get Marqise Lee back then that’ll be a good thing for them. They brought in Chris Conley from the Chiefs, he didn’t do much there but has been getting decent reports in camp, and DJ Chark do do do do do do was a draft pick they were hopeful in last year. Tight end is a mess as well, James O’Shaughnessy did the most there last year, they brought in Geoff Swaim from the Cowboys they drafted Josh Oliver this year.

I don’t even really like Leonard Fournette as a running back, he gets injured a lot and frankly I’m not even that big a fan of him when he does play, apart from calling that fucking prick Mike Mitchell to tackle him when they played the Steelers the other year, but if the defense gets it’s shit together then they should run the ball a lot and they shipped out TJ Yeldon meaning that Alfred Blue (currently injured) and rookie Ryqell Armstead are the backups for him who will likely get some game time.

I have no idea what to make of the Titans. Mike Vrabel came in last year and led them to another winning record, but they just don’t ever seem to impress.

It didn’t help that Marcus Mariota was never fit last year, he had a weird elbow injury which hampered him all season and he never looked comfortable, you’re not going to go too far when your starting QB throws for 11 TDs and 8 INTs in a season.

Yet despite the concerns with Mariota, they still somehow didn’t figure out that using Derrick Henry more was a good idea until the end of the season where he got half of his season yards in the final 4 games, including a 4 TD game against the Jags. They persisted in running Dion Lewis a lot more than most expected and while I like Lewis, Henry is surely the best way to go in the running game?!

Lewis in fact finished 3rd in receiving yards with just 400. The much-maligned Corey Davis led the team in yards and TDs, with 891 and 4 respectively, he was highly touted coming out of the draft 2 years ago but hasn’t yet lived up to it. They brought in Adam Humphries who is very good in the slot to help out and Taywon Taylor is still there as well. They should welcome back Delanie Walker who is always reliable at tight end and usually a favourite target of Mariotas when he’s playing. Jonnu Smith did fairly well there last year filling in for him.

Honestly, that’s about all I can do about the Jags and Titans, I don’t care for either of them.

Honestly, that’s about it at the moment, I have requested a load of QBs to score 5+ rushing TDs, and keeping an eye on Team request-a-bets on there but there’s fuck all on them at the moment.