It’s been a long 7 months since we last had a proper NFL game to get our teeth into, a summer of rookie pickups, trades and injuries. We’ve made it through and this week welcomes the first of 21 consecutive Sunday nights with football!

As always the Superbowl winners open the season and the Philadelphia Eagles have chosen to start with a very tough test by welcoming the host of this years Superbowl, and a team they beat on their route to the trophy last year, the Atlanta Falcons.

I’ll have a look when I’m home for any big middles, usually get a decent 20 yards between QB passing yards in week one depending on bookie. But want to get this posted early today. Its been written ready to go since Tuesday but the bookies have taken the piss in the time theyve taken to get props up.

The Eagles won the Superbowl with their backup QB last year, and will be starting the season with Nick Foles as well. He’s not looked good in pre-season, and picked up a couple of knocks along the way. It’s tough to base any real analysis on pre-season because the rosters are pretty mixed up, but the signs aren’t exactly overwhelming that he’ll be performing at MVP level like he was last time he played. He was a hot-mess against the Browns in fact throwing 3 INTs, he’s priced at 4/6 on Skybet to throw an INT in this matchup. Carson Wentz seems to be on the brink of a return, but hasn’t been medically cleared after his knee injury last season but seemingly wasn’t quite there and they’d be sensible to not rush it and ruin him for more of the season. I’d expect him back by week 3 though.

They are missing their WR1 in Alshon Jeffery who is likely to miss at least the first 2 games while recovering from shoulder surgery, he was a valuable weapon for them last year with 9 TDs. I would expect this to lead to more for Nelson Agholor, Mike Wallace and of course Zach Ertz. Before last season Agholor was a butt of jokes before last season due to his inability to actually catch the ball but proved doubters wrong catching 2/3 of the passes thrown to him last year, he averaged just under 50 yards per game last year with 141 yards vs the Seahawks being the obvious outlier on the season for him. I’m not sure his role will change a whole lot with Jeffery out in all honesty. I think they will have Mike Wallace as a direct replacement for him, despite him getting on a bit he’s still got the game-speed to get downfield and open up the offense for the rest of the team. Unfortunately Sky think this as well and have the lines set at 48.5 and 54.5 respectively. I was hoping Wallace would be lower than Agholor. Their first look in the passing game will probably be tight end Zach Ertz. He had a career year for TDs last season with 8 and enjoyed his usual 70+ catches as well, I think the TDs will dip this year, Wentz was on record-breaking pace with his efficiency and that will undoubtedly drop off, but the targets and yards will remain pretty constant for him again. He’s set at 55.5 yards at the moment for this game, that’s a line I like, he beat it in 8/14 regular season games last year, and had 67 yards from 7 receptions in the Superbowl the last time he and Foles played together, I think he will benefit from Jeffery being out as well. The Eagles play a lot of 2 Tight end sets, last year it was Trey Burton who was highly efficient in his time on the field, scoring 5 times from just 23 receptions. He signed a big deal with Chicago so in one of the best moments in the draft, they drafted his replacement Dallas Goedert, named after the Cowboys, they moved up one place in front of Dallas to pick him up. As it turns out they weren’t only doing it to troll Americas team. He actually looks like a damn good player and one who has had a very good summer for them (9 catches for 149 yards and a TD in pre-season), from things I’ve seen it looks like he’ll have a decent amount of time on the field and when they get to the red zone that could prove very useful for him, at 6/1 on Paddypower he’s probably the guy I’ll be putting a few quid on for the opener.

They have been saying that LONDONBORN Jay Ajayi is going to be their main back and that makes sense as he’s a good runner, but i’m not entirely convinced of his role. I personally thought he looked pretty good for them after they signed him mid-season from the Dolphins, he’s set at 56.5 rushing yards and topped that figure in 5 of his 10 games for the team, he was definitely the main runner last year so I can’t argue that fact. After having the entire summer to get into the playbook and integrate fully with them you’d expect him to be better this year, surely? A bit of a concern for me personally is Corey Clement last year, he is a threat on the ground and in the passing game and will be used in both when required, 100 yards and a TD through the air in the Superbowl attests to that. I think he’ll be used more than last year on the ground and through the passing game. A slight worry for both of the above is that they seem to be carrying knocks, but I haven’t seen anything to suggest either will miss out. They also welcome back Darren Sproles who has announced he’ll be retiring after this year, he’s getting on a bit and returning from an ACL but he’ll still be involved catching out of the backfield and I’d imagine in the return game. He’s a tough one to get on the right day though.

Their offensive line is one of the best in the game and sees all of the Superbowl winning line-up return and their defense is one of the better units as well, especially the pass rushers who can rotate in and out through the game keeping themselves fresh.

I am high on the Falcons this year, they struggled to score TDs last year in Steve Sarkesians first season as offensive co-ordinator, but they were top 10 in a whole host of offensive categories including yards per play and first downs per game. Logic dictates that the Touchdowns will return. They really should have beaten the Eagles in the divisional round last post-season, with better play-calling which I expect this year and a little luck they would have done.

Matt Ryan signed a $100m deal in the off-season and was briefly the highest paid player in the league, despite the fact that he had the 3rd lowest TD percentage of his career. Again that’s number that should get back towards his, and the leagues average, so I’m expecting a good year for him this time around, incidentally I’ve taken him in quite a few fantasy leagues, so money where my mouth is there! He still topped 4,000 yards for the 7th consecutive year.

Ryan is lucky in some extent that he’s got one of the leagues best to throw the ball to. Julio Jones is the archetype wide receiver, 6’3″ 220lb of freak athleticism. He really should have secured the win for them in that playoff game but slipped at the crucial moment in the end zone towards the end of the game. He’s another who is frustrating to catch week in, week out and his lines are always set so high (~90+ yards) that I rarely bet on his props, he’s at 89.5 for this game which doesn’t surprise me at all, and is one that I won’t go on, if anything I’d take the under, but he has the ability to blow up for 300 yard games on occasion so it’s always a risk on that one. One thing I can practically guarantee this year is that he will score more than 3 TDs, Mr. Sarkesian knows he’ll be out of a job if that doesn’t improve. In the slot I expect Mohammed Sanu (51.5) to be the main guy, he’s been confirmed as the WR2 over the summer despite them drafting Calvin Ridley to aid their passing game, even Justin Hardy is apparently ahead of Ridley at the moment so he’s a guy I would be avoiding in all markets for a few weeks at least, in fact his yards are at 36.5 at the moment, I’d lean under on that one. At tight end Austin Hooper could take a step in his third year, he was another who was hit by the lack of efficiency last year, still had more TDs than Julio, but he has the ability to be a key member of this team going forward.

At running back they’ll revert to type and have their usual Devonta Freeman and Tevin Coleman mixture, it’s roughly a 60/40 split between the two of them in normal circumstances. Freeman will again be the main man, and should top 1,000 yards on the season if he plays the full 16, I do like watching him run. He averaged 14 carries and 61 yards per game last year, although only 10 carries for 7 yards against the Eagles in the playoffs, and true to form Skybet have taken that average and set his line at 61.5. He’s also good in the passing game, averaging 23 per game there, 26 in that Eagles game last year. He will be the goal-line back again this year as well. Tevin Coleman was the much more impressive player in that Eagles playoff game, with 79 yards from his 10 carries against them. Freeman is the one I gravitate towards for anytime scoring due to his goal-line role, but neither are on my shortlist for this weeks opener.

They are very similar to the Eagles in the fact that both their offensive line and defensive line-ups are some of the better units in the league. The Falcons have invested in youth and speed at linebacker and Deion Jones is great there. They have a viable pass rush as well with Grady Jarrett and Takk McKinley and their secondary isn’t bad with Keanu Neal and Desmond Trufant there.

Probably worth mentioning Sky have their RaB offer on the this game, bet £5, get a free £5 – Probably best to take a short price then use your £5 on a big odds one.

Good Luck for the season! 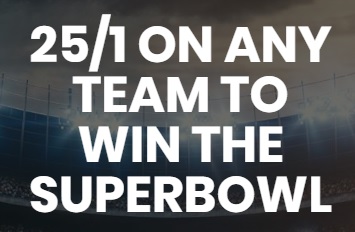