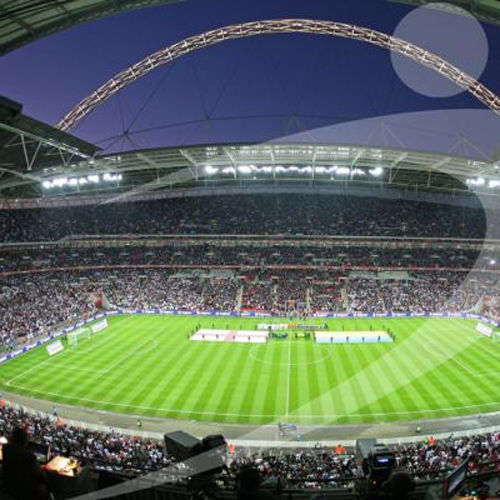 Apologies for this week, won’t be the usual I’m afraid as I’m off down to London at the moment, this is pretty much a copy/paste from the OLBG.com blog that I and a few others do each week, a very brief brief preview of each game.

WEMBLEY! I’ll be an honorary Chargers fan at Wembley this week, hopefully Rivers pulls off some of his tricks and puts on a show because it doesn’t look like the Titans are capable of putting anything together. The Chargers are in Cleveland this week before flying over, so it sounds like they’ll be prepared. They’re the much better team at the moment, Melvin Gordon especially is having a massive year – But is apparenlty doubtful for this game after being downgraded last night, Austin Ekeler has never carried the load but should get more of the ball today. The Titoooooons frankly are barely worth a mention, so won’t be.

Chargers win. 6.5 points is a big handicap that I’d shy away from in a Wembley game, it’ll either be close or a total blowout.

The Bills are going to be starting new signing Derek Anderson. That’s how little faith they’ve got in one-man-pick-machine Nathan Peterman, and you can’t argue it’s not the right move, their defense has been quite stout, but the Colts are overdue a win.

Side note – The line was 10, now 8 with the news that Peterman isn’t playing. Poor guy. and now in to 7 points.

The Dolphins have taken full advantage of a heavy home schedule to start the year, they’re aren’t great to watch but their defense came alive in crunch times last week against the Bears. Brocktober could continue, his stats were bumped by Albert Wilson being apparently untouchable. The Lions are off their bye, hopefully Kerryon Johnson has healed up, and their passing game is great, I love Kenny G!

I have the Lions rated far higher than the Dolphins, they somehow opened as 4 point underdogs in this, the brock news has swung it a full 7 points to them being 3 point faves now

Dalvin Cook said he wouldn’t play if he wasn’t fully fit last week and he told the truth, Latavius Murray had a career day in his place which was sorely needed, Kirk Cousins will still under near constant pressure, fortunately he’s very good at dealing with that and the connection he has with Thielen is the best in the league. Thielen has had over 100 yards in every game this season, averaging 15 targets a day! Darnold looked good last week but they couldn’t score TDs, Enunwa is out, Terrelle Pryor questionable (and now dropped!) so Jermaine Kearse is the guy to look at in props, his line is at around 50 yards, he should go over that. One minor worry is the weather, it’s meant to be pretty windy in NYC

Vikings win, and a 3 point handicap is coverable, I like over 46.5 points too.

The Eagles have one of the best run stopping defenses in the league, especially at home, I’d imagine they’ll do a good job at slowing McCaffrey and their offense is starting to click as well, Wentz and Jeffrey looked good last week and Ertz is solid as ever. The Panthers offense is a bit of an enigma, Funchess made a nice catch last week, Olsen returned which is good for them, but I can’t see them getting past the champs at home.

The Buccs fired their defensive coordinator this week, so surely that horrible D will improve?! Jameis looked good throwing for 4 TDs and nearly 400 yards, both TE’s got one, Brate with his only catch of the game, OJ Howard had the better game though. The Browns… the Browns. They’re the Browns. Baker Mayfield sprained his ankle last week, I’ve got to imagine that will affect his mobility this week, that’ll hurt his production a little. His main target? Probably Njoku 048.5 on 365. His connection with Landry hasn’t been good.

Take the OVER! The freshly flexed prime-time slot means I have a near zero chance of watching/remembering it in a drunken stupor after the Wembley game and getting through red-zone! The Chiefs are brilliant, they nearly beat the Pats last week, but they have an historically bad defense. The Bengals will score. They really need John Ross back, he opens up the offense for the others. Boyd is great, AJ is great, Mixon is great. It should be a very entertaining game

Chiefs win, Over on the total, not touching the spread

Jesus. This game could be horrible. The Texans looked abysmal last week and the Jags made Dak look like a starting QB and Cole Beasley look good as well. I’ve got to think the Jags will turn it around and their defensive line will smash Watson to bits after walking through the Texans awful O-Line

The Patriots seems to have got it together after a slow start. As they do every year. They outscored the Chiefs in a barnstormer last week and seem to be integrating Josh Gordon who got 9 targets last week, a blow up game is on the horizon for him. The return of Edelman has helped and Michel/White in the backfield look great. The Bears were embarrased by Brock last week, their defense, returning home will be VERY up for this one! A definite trap spot for the Pats. – This one has had a fair bit of movement on the news that Gronkowski looks like he won’t be playing, you can now get the Pats at a tempting -1.5 in places, down from 3.5 earlier in the week.

Pats win a very close one.

Offense vs Defense. The Saints have got it together recently but have a rare trip to the outside elements this week, they’ve had their bye to celebrate Brees being the all time passing yard leader. Kamara took a backseat to the returning Ingram, you’d think they’ll even out carries within a week or two. Trequan Smith was a nice winner for me last week, Ted Ginn is now on IR which gives Smith a further bump as he’ll probably have the same role he got last week. The Ravens are a long way ahead of every other team defense this year, they’ve conceded considerably less points and sacked Mariota 11 times last week.

This should be a brilliant game to watch.

I think the Saints are rolling though, they win.

How the hell did the Cowboys score 40 against the Jags? They’re been one of the most inert offenses all season then they do that. Dak still threw for just 183 yards, but he ran one in. I thought they’d have integrated more designed runs for him a while ago, but it seems not! Zeke is great. The Redskins are home again and slight favourites in this big divisional match, they aren’t impressive, but they sometimes get the job done, mainly with AP running it. It’s a worry this week as he usually has a flop after a decent game. However. The Cowboys don’t travel well.

Even with CJ Beathard, I actually think this will be a fairly competitive game. He and Goodwin connected well this week and should be able to pick on Marcus Peters. Matt Breida unexpectedly played on Monday and did pretty well and the pace of Raheem Mostert was impressive too. The Rams will be without Cooper Kupp with an MCL strain, so Josh Reynolds should get the ball? Possibly… Robert Woods has been quietly brilliant and Cooks is great down the field. Oh, and Todd Gurley is going to score 30 TDs this year. The 49ers being on a short week worries me as much as anything else in this contest.

If the last few weeks are anything to go by the 49ers should cover the 9.5 points, while the Rams win.

So there you have it for the week, I’ve obviously got a shit ton of bets on, I’ve also been hit by a few restrictions on PP for getting on Nick Chubb at 5/1 and 100/1 for 2+ when the Carlos Hyde trade news was released!

Good luck with whatever you’re on today, and hopefully the Wembley game won’t be a complete blowout! – And if you’re around Wembley and a short lad with a TDTips baseball cap, with a Ladanian Tomlinson jersey (or AJ Green, not sure yet), next to a giant in a Buccs jersey and a 49ers fan then come and say hi, buy me a beer, or food…

The Colossus bet syndicate is filled and ready to go! First go at that so will be interesting to see how it goes!